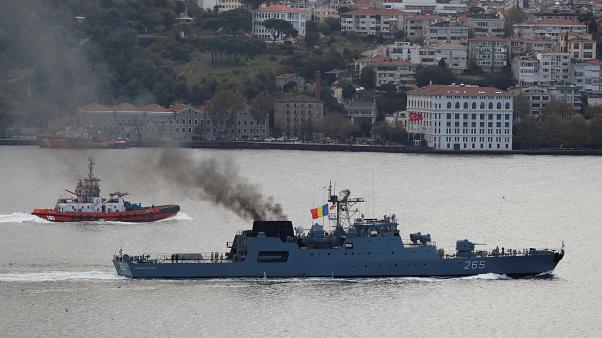 Romania’s Defence minister announces plans for locally-built submersible.
For the first time in decades, the Black Sea will once again be patrolled by a Romanian navy submarine.
The announcement was one of the first acts of Mihai Fifor, the incoming Minister of Defence and was the most noteworthy of a series of measures designed at modernising the country’s military.
“There is a great need to modernise the Romanian Naval Forces. This very ambitious programme will reinstate Romania as a key player at the Black Sea”, said the Minister during the Parliamentary hearing. He added that “developing full submarine fighting capabilities is a medium-term plan and that the submarine will be produced in a shipyard in Romania.”
Romania has been without a functioning submarine for over 22 years since its only previous military submersible, the Delfinul was retired.
The country’s objectives have changed more than a little since then. Secretly acquired from the Soviet Union in 1985, the Kilo-class Delfinul completed scores of missions regarding Nato vessels in the final days of the cold war.
Despite numerous plans for an overhaul, the submarine remained inoperational as Romania joined Nato in 2004.
Due to “Russia’s extremely aggressive presence in the region, Romania needs to beef up its naval capabilities. The Nato Alliance is fully aware of the importance the Black Sea represents for all of its members,” Defence Minister Fifor said as he announced the decision.
He closed the parliamentary hearing by saying that last year Romania spent close to 2% of GDP on defence, in line with NATO requirements, one of only five NATO countries to have done so.
Article bottom