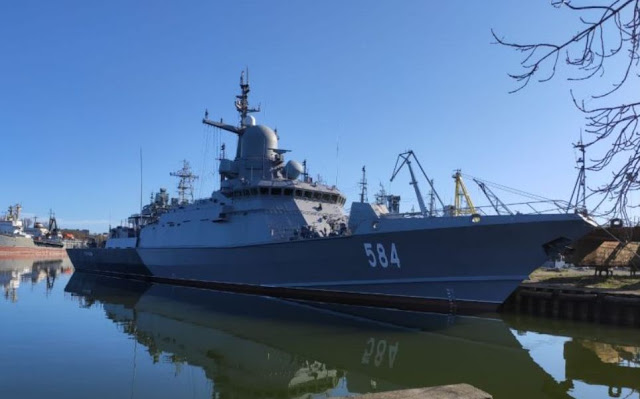 “The small missile ship Odintsovo is the first corvette armed with the Pantsyr system. On June 30, its state trials began at the Baltic Fleet’s naval ranges,” the admiral said.

Currently, two Project 22800 ships, the Mytishchi and the Sovetsk, are operational in Russia’s Baltic Fleet. The Odintsovo is the Project 22800 first ship outfitted with the Pantsyr-M anti-aircraft missile/artillery system, which is the seaborne version of the Pantsir -S land-based surface-to-air missile/gun launcher.

Karakurt-class corvettes are armed with Kalibr-NK cruise missiles and also with the modernized AK-176MA 76.2mm artillery system. The corvettes’ endurance is 15 days.

Overall, the shipbuilders are planning to build 18 warships of this Project for the Russian Navy.