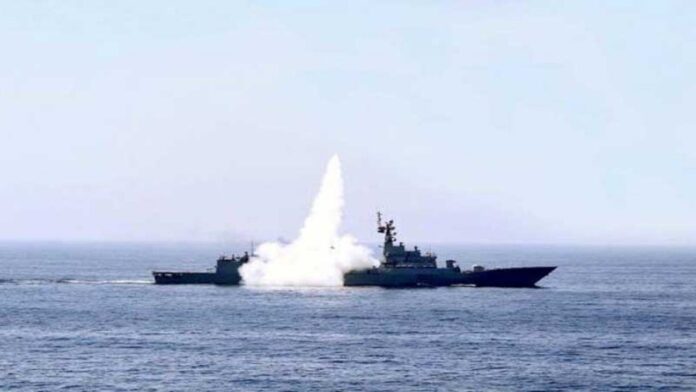 Pakistani Navy conducted a power demonstration by firing guided missile and torpedoes in the North Arabian Sea on 12th January. They sank a decommissioned vessel during the exercises.

The exercise comes amid heightened tensions with regional rival India, as relations between the nuclear neighbors have hit at a low since New Delhi scrapped the disputed Jammu and Kashmir region’s special status in August 2019.

The press release Pakistani Navy published about the exercise as follows;

Pakistan Navy Submarines successfully engaged their intended targets with Anti-Ship Missiles and Torpedoes. The successful firings have re-affirmed Pakistan Navy’s offensive capability and operational readiness. Chief of the Naval Staff expressed his complete satisfaction on the combat readiness of PN Fleet and commended officers and men for their commitment and professionalism.

On the occasion, Chief of the Naval Staff reassured the nation that Pakistan Navy is fully prepared and ready to thwart any aggression against Pakistan’s maritime frontiers. He also underscored that Pakistan Navy will continue to play its part in making the defence of the country impregnable.”