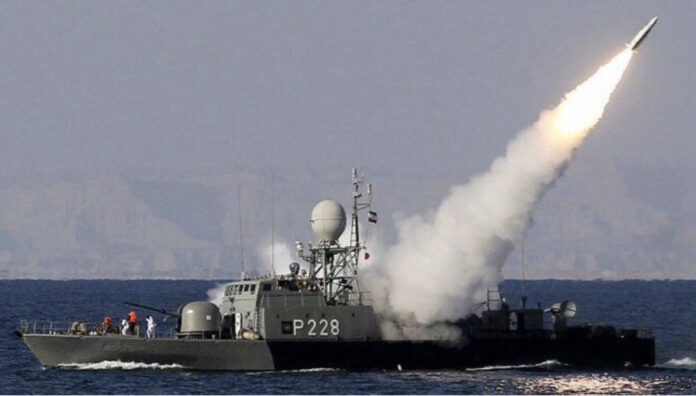 On September 22, 1980, Saddam Hussein launched an invasion of Iran, intending to take advantage of Iran’s instability due to the Iranian Revolution. Despite the destructive effect of the Revolution, the service that had been renamed the Islamic Republic of Iran Navy (IRIN) still demonstrated its high combat capabilities in the war with Iraq.

The success of joint operation

On November 28, 1980, Iranian F-4 Phantoms and F-5 Tiger IIs assaulted Iraqi airfields around Basra. They were able to ruin one Iraqi MiG-21 Fishbed on the ground. On November 29, six ships of the Islamic Republic of Iran Navy’s Task Force 421 deployed Iranian marines on the Iraqi oil terminals at Mina al Bakr and Khor-al-Amaya. The marines, supported by AH-1J Sea Cobras, Bell 214s, and CH-47C Chinooks, gunned down most Iraqi defenders during a short firefight and then deployed many bombs and mines. They were then evacuated by helicopter and left the Iraqi oil installations and early warning bases in flames.

At that point, the greater strength of the Iraqi Navy’s Osa missile boats and 25-meter-long P-6 torpedo boats came hurrying to the scene, aiming to realiate the platform’s damage in blood. MiG-23BN fighter bombers and MiG-23MF interceptors roared into the battles alongside French-built Super Frelon naval helicopters armed with Exocet missiles. The Iranian missile boats, running low on ammunition, did their best to use the wrecked oil platforms to cover a flurry of Iraqi missiles.

Both Iranian and Iraqi ships exchanged intensive missile fire, with Iranian Harpoon missiles scoring several hits and sinking two Osas. After a while, however, Peykan was attacked by three further Osa II boats, and the crew requested TASMO (tactical air support for maritime operations) called the IRIAF for help.

Paykan fast attack craft is the hero of Operation Morvarid

The Paykan evaded a number of missiles prior to she got glimpsing hit by a 5,700-pound SS-N-2 Styx missile that exploded nearby. Her deck gun nonetheless managed to down a heavy Su-22 attack jet that went soaring overhead. She then fired her last Harpoon missile and sank another Iraqi boat but was struck by a missile fired by an Iraqi helicopter. Still, the Iranian naval command denied requests from its boat commanders to withdraw. That’s because their job was to pin the Iraqi Navy down so it could be hit by a counterstroke that was inbound from the Iranian Air Force.

Two Phantom jets, both armed with six AGM-65A Maverick air-to-ground missiles, came howling down to the Paykan’s rescue and quickly sank two or three of the P-6 torpedo boats using Maverick missiles. However, they couldn’t reach the naval battle scene before Peykan succumbed to the hits of two SS-N-2 Styx surface-to-surface missiles. Phantom crews opened fire at every Iraqi ship that could be found: three Iraqi Osa IIs, as well as four P-6s, could be sunk in less than five minutes! A couple of minutes later, four F-4Ds from Shiraz bombed the port of Al Faw and adjacent depots and magazines with laser-guided bombs, while surrounding Iraqi SAM-sites were hit by F-4Es and F-5Es. In exchange for sinking the Paykan, the Iraqi Navy lost roughly 80% of its strength.

The Iraqis, already shattered by the massive destruction of their facilities and heavy losses. The destruction of Iraqi SAM sites and radar and monitoring equipment made it possible for the IRIAF to attack via southern Iraq again.

The operation Morvarid, a full-fledged success for Iranians, was terminated in less than 12 hours, they managed to sink up to 7 motor-torpedo boats and five missile crafts – or almost 80% – of the Iraqi Navy, destroy the oil terminals at Mina al Bakr and Khor-al-Amaya, and block the port of Al Faw. The Iraqis also lost one MiG-21, six MiG-23MS, and MiG-23BNs, and one Super Frelon. The IRIAF suffered a loss of one F-4E shot down and one damaged.

Even more significantly, the loss of the terminals cut Iraqi oil production to just 17% of its pre-war yield from 3.25 million barrels per day to just 550,000 barrels. As Hussein had bitten off way more than he could chew by invading Iran, he would increasingly have to take out huge loans from neighbouring Arab states to buy the vast quantities of military equipment Iraq needed to stay in the fight.

Check out Naval Library App to find out the specifications of Iranian Naval assets.