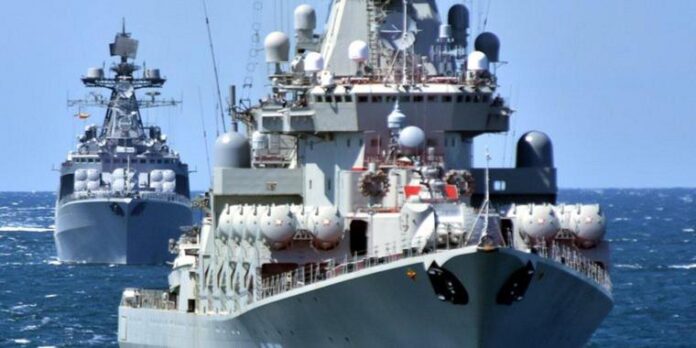 Russia’s Ocean Shield-2019 naval exercise lasted nearly one week longer than planned, the commander-in-chief of Russia’s Navy, Admiral Nikolai Yevmenov, said in an interview the Russian army’s daily Krasnaya Zvezda published on Monday (19th August). He explained that the schedule had to be changed due to weather and NATO’s reaction.

“The Ocean Shield-2019 exercise was to be held on August 1-9. But the conditions in which it took place, including the weather in the area and the response of NATO’s allied naval forces to our operations required more time,” Yevmenov said.

All of the exercise’s strategic tasks were coped with.

“The result showed that in the course of the Ocean Shield-2019 exercise we were prepared for changes in the situation,” he stated.

Participating in the exercise were about 70 ships, boats and supply vessels, as well as 58 aircraft of Russia’s Navy and Aerospace Force. The exercise was held in the Barents, Norwegian, Northern, Baltic and Mediterranean Seas and the Atlantic Ocean, Yevmenov said.

Last year, some of the Ocean Shield drills were held in the Mediterranean for the first time in Russia’s modern history. On September 1-8, 2018 taking part in the exercise were 26 ships, two submarines and 34 aircraft of Russia’s Navy and Aerospace Force. Ships, helicopters and planes carried out live missile launches.

Defense Minister Sergei Shoigu then said the large-scale exercise of naval and air forces Ocean Shield would be held permanently.