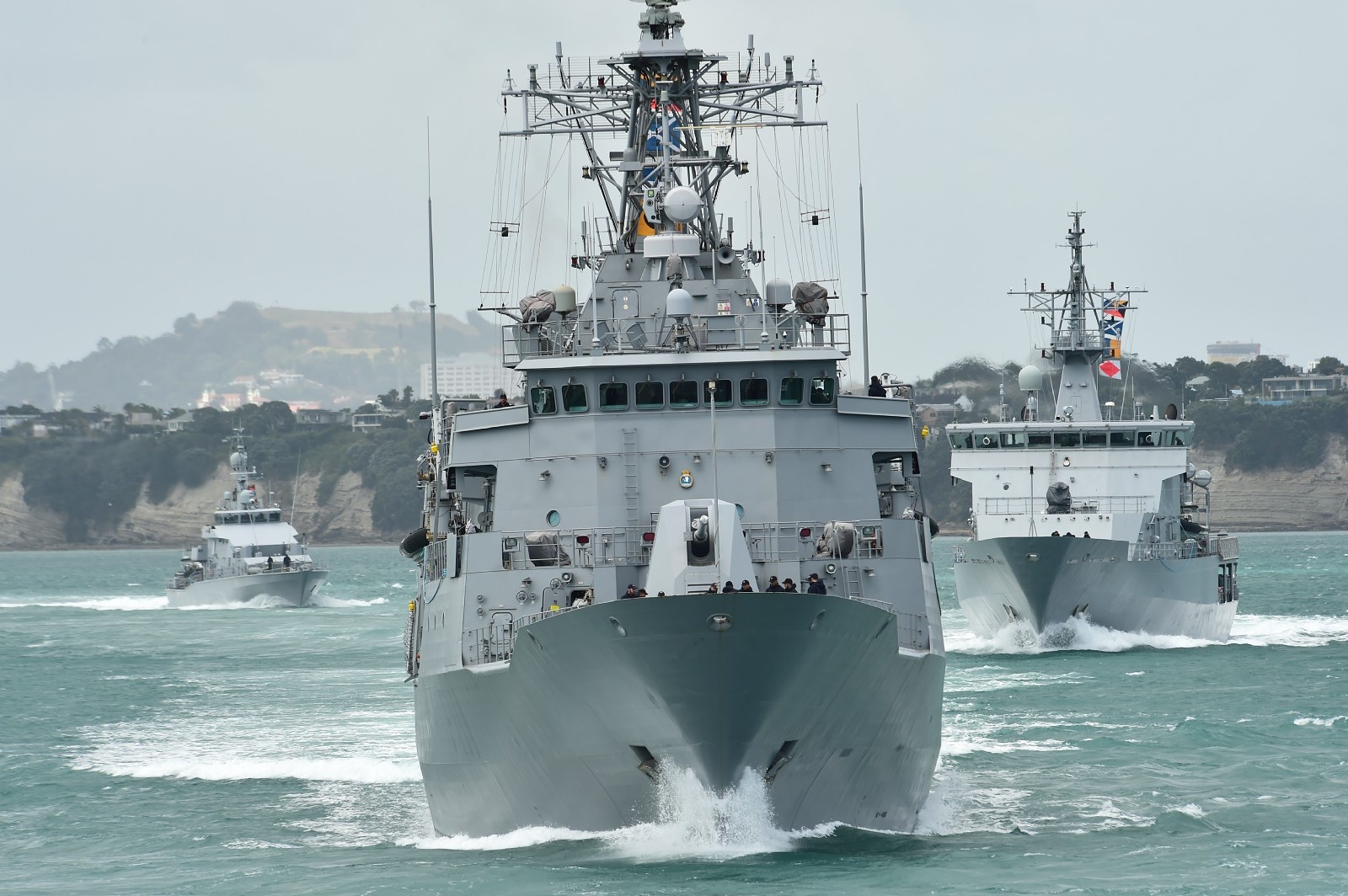 About 700 sailors, seven ships and two helicopters from the Royal New Zealand Navy are taking part in week-long drills in the northern part of the North Island this week as the New Zealand Defence Force gets its maritime fleet ready for another year of operations.
“We have a busy year ahead of us, with three maritime operations starting in early February,” Commodore Jim Gilmour, the Maritime Component Commander, said.
“Fleet Shakedown Week is a period during which we collectively refresh our core mariner skills and ensure that the fleet can hit the waters ready for operations.”
From yesterday to Friday, about 620 sailors are taking part in the exercise embarked on ships at sea, while 75 are participating ashore at Devonport Naval Base using training simulators.
The ships — the frigates HMNZS Te Kaha and Te Mana, amphibious sealift vessel HMNZS Canterbury, Offshore Patrol Vessels HMNZS Otago and Wellington, Inshore Patrol Vessel HMNZS Hawea and diving and mine counter-measures support ship HMNZS Manawanui — and the Seasprite SH-2G(I) helicopters will be operating off Auckland, Whangaparaoa Peninsula, Great Barrier Island and the Firth of Thames.
The drills include live-weapon firing and general seamanship, communications and aviation exercises. Numerous surface vessels and a commercial jet will role-play as “targets” in the drills.