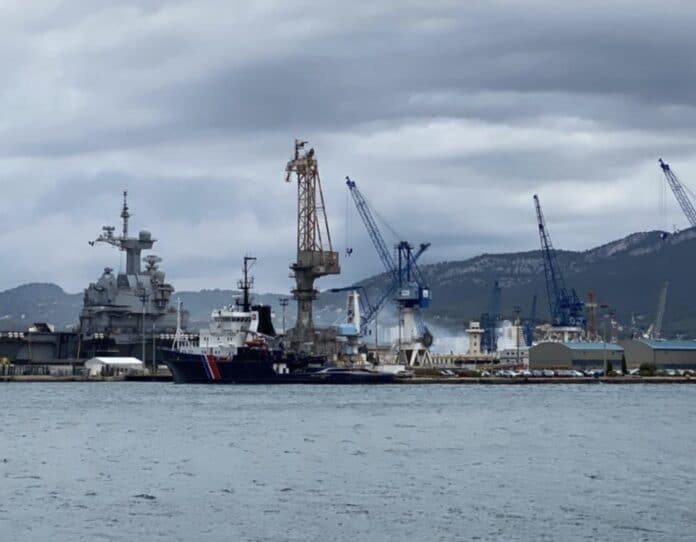 As we reported yesterday fire broke out onboard French nuclear-powered submarine raged for 14 hours at Toulon Naval Base. Generally, fires occur on nuclear-powered ships emerge environmental concerns. Thanks to the French minister who informs the media periodically, so we have a chance to learn and share more details about the incident.

The submarine was under renovation in the southern base of Toulon when the blaze broke out at about 10:30 am (0830 GMT) on Friday in a hard-to-access part of the lower bow section, the French navy said. It then took around 100 firefighters and 150 support crew to put out the blaze by around midnight (2200 GMT Friday), the navy said in a statement.

“There was a fire, but no, there was not a nuclear accident,” French Defence Minister Florence Parly said.

Parly added that during the fire “measures were taken in the rear area to protect the nuclear reactor compartment”.

The regional authorities said that pollution and radioactivity tests carried out by independent experts had not found anything out of the ordinary.

But French nuclear watchdog association CRIIRAD declared the good news that a nearby measurement found that radioactivity levels had oscillated at low levels for a few hours in the days leading up to the fire.

Parly responded by saying that “a natural radioactive element was emitted in infinitesimal quantities before the fire,” adding that it showed that “we have an extremely sensitive and effective detection system”.

Parly said a damage analysis would determine whether the vessel can be repaired, adding that it was lucky that almost all of the sub’s equipment was not onboard.

A judicial investigation and technical probe have been launched.