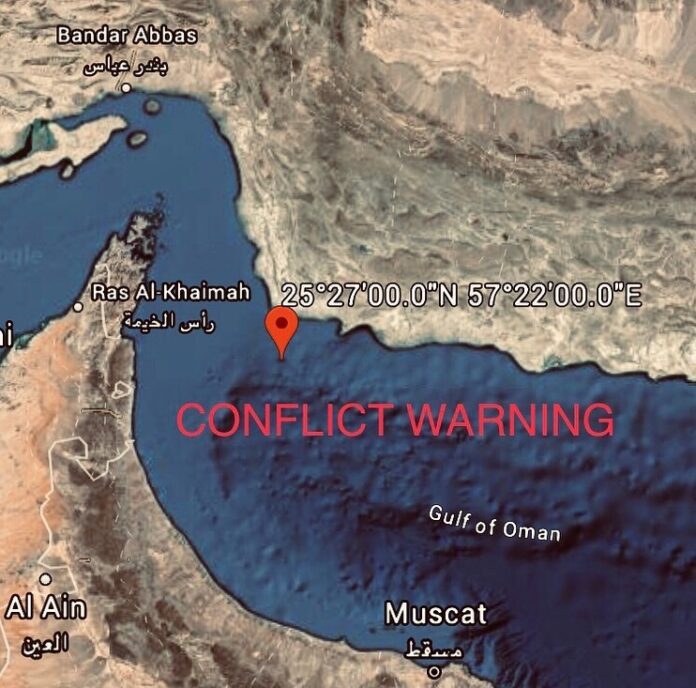 13 June 2019 AM: Reports are circulating that 2 or more tankers have suffered an incident IVO position 25:27N – 057:22E in the Gulf of Oman. Sources identify the tankers as the Marshal Islands-flagged MT Front Altair (Frontline) and the Panama-flagged MT Kokuka Courageous (BSM), which have both been evacuated. The vessels had loaded cargo in the UAE and Saudi Arabia respectively. Unverified reporting has suggested the Kokuka Courageous’ hull has been breached and the Front Altair was/is on fire. Iran’s Al Alam TV station reported that “successive explosions” took place 25 miles off the Iranian coast. Initial speculation revolves around the use of torpedos, but again, this has not been confirmed.

This incident could spark military confrontation in the Persian Gulf unless serious efforts are made by all parties to deescalate tensions. The US Navy 5th fleet is in the area and reportedly assisting the vessels.