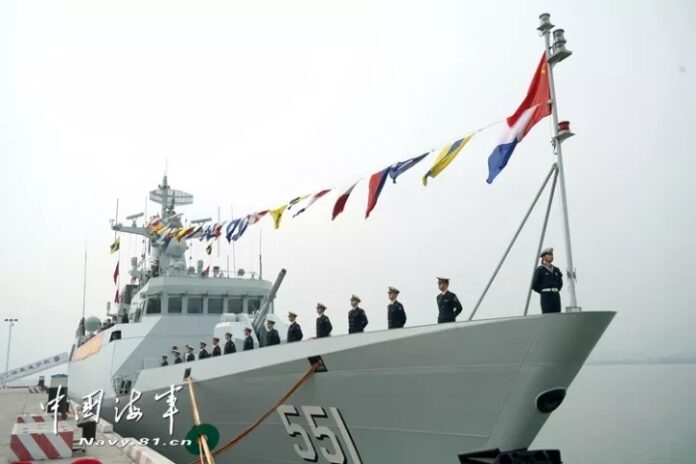 New guided-missile frigate Suining joins PLA Navy
The commissioning, naming and flag-granting ceremony for the Type-056A frigate Suining (Hull 551) was held at a PLA Navy’s pier in southern Guangdong province on Tuesday (Nov 28), marking the frigate officially joined the PLA Navy’s battle sequences.
The ceremony began at 10:00 am on Nov.28. Yao Guowen, deputy commander of a naval base in Guangzhou, announced the commissioning and naming order. Sun Jian, political commissar of the naval base, presented the flag and naming certificate to the new frigate.
The Type-056A frigate is the new surface warship developed by China independently. It is highly information-based and has good stealth performance and stronger combat capabilities against air, underwater and water surface targets.