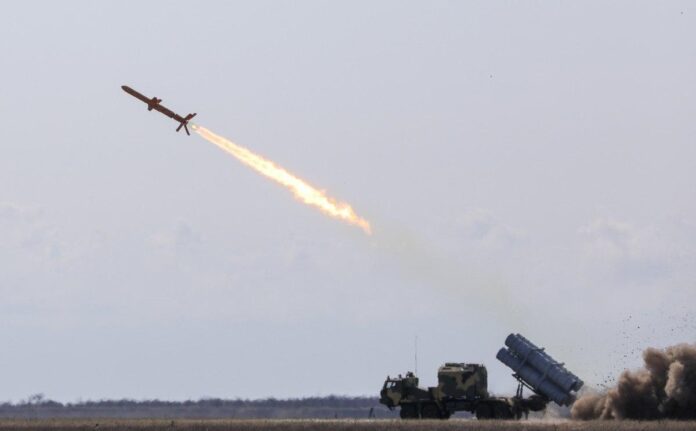 “As to the question of when – next year, I think. As to how many, I would say that there will be three divisions of coastal missile battalions: two in the Black Sea and one in the Sea of Azov,” he said.

“The main task now is to get the Neptunes as soon as possible and to use them wisely,” the official added.

Ukraine successfully test-launched its R-360 Neptune missile at a proving ground in the southern Odessa region before.

The RK-360MC Neptun (Neptune) is a Ukrainian anti-ship missile system. It was developed by Luch design bureau. It uses R-360 anti-ship cruise missile, version of the Russian Kh-35. It is generally similar to the Kh-35U, but has a longer body with more fuel, larger booster, and some other modifications. This missile was first announced in 2013. First examples were reportedly completed and tested in 2016. At the time this missile reportedly lacked guidance system. This missile has a range of up to 280 km. It could be carried and launched from naval, land and air platforms. Development of the Neptun anti-ship missile was completed in 2019. It should be delivered to Ukrainian military for trials and adopted in the near future.

The Neptun will have and inertial navigation system with active radar homing on the terminal stage of its flight. Currently, Ukraine is facing problems developing radar of this missile. The missile will travels 10-15 meters above the surface. In the terminal stage of the flight, it will descend to 3-10 meters above the surface in order to overcome hostile defense systems.