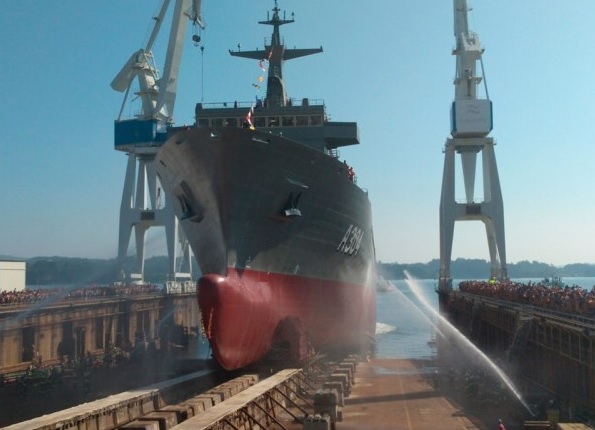 Spanish shipbuilder, Navantia has launched the second of the two Supply-class Auxiliary Oiler Replenishment (AOR) vessels ordered by the Royal Australian Navy (RAN), the future HMAS Stalwart (A304), during a ceremony at the Ferrol shipyard in Spain on August 30, 2019.

The launch ceremony was attended by the president of the Xunta de Galicia, Alberto Núñez Feijóo; the Government delegate, Javier Losada; the president of SEPI, Vicente Fernández; Australia’s Ambassador to Spain, Julie-Ann Guivarra, the representative of the Australian Navy, Rear Admiral Peter Quinn, and the representative of the Spanish Navy, Admiral Antonio González. Stephanie Moles, Rear Admiral retired from the Australian Navy, has served as godmother of the ship.

The ship is due to enter service in 2022. The two 19,500-ton AOR vessels were ordered as part of an AUD642 million (USD432 million) contract signed in May 2016 under Australia’s Project Sea 1654 Phase 3 Maritime Operational Support Capability program.

Here is the video, prepared for the launching event.