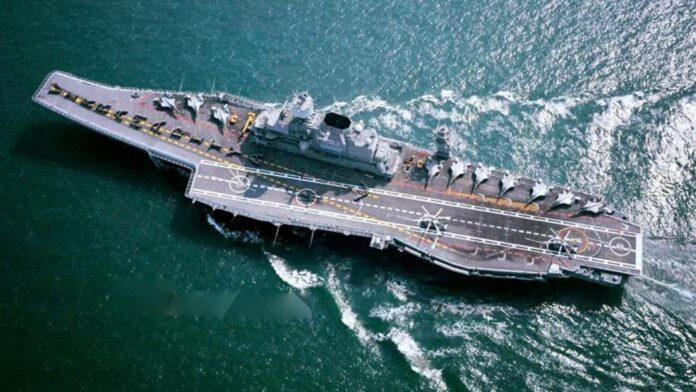 A prototype of the naval version of the light combat aircraft landed and took off from the India’s sole aircraft carrier INS Vikramaditya today (11 Jan) in a significant step towards India developing its own deck-based fighters. This is the first time the Naval Tejas landed  on the aircraft carrier.

The test is conducted in Arabian Sea.

The INS Vikramaditya, commissioned into the Indian Navy in November 2013, The ship has a total of 22 decks and it has the ability to carry over 36 aircraft comprising an assortment of MiG 29K/Sea Harrier, Kamov 31, Kamov 28, Sea King, ALH-Dhruv and Chetak helicopters.