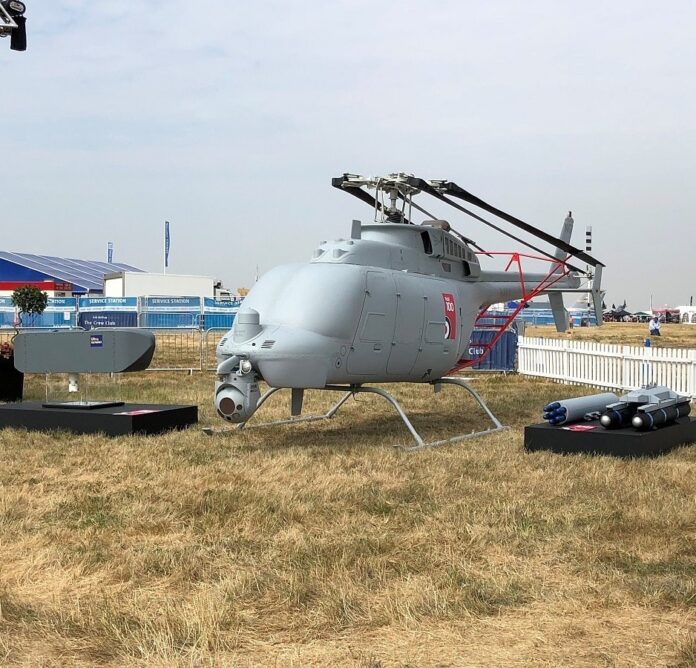 The Fire Scout at RIAT will be displayed alongside a new anti-submarine warfare pod, produced by U.K-based defense contractor Ultra Electronics.

Northrop believes the drone can provide longer-endurance alternative to manned helicopters that are widely used by international countries to perform the ASW mission today.

Aside from the ASW pod, the MQ-8C at RIAT will also be paired with radomes from Leonardo’s Osprey 30 active electronically scanned array radar. Northrop is currently integrating that radar with the unmanned helicopter, with a planned early operational capability planned in 2019 and initial fielding in late 2020.

Fire Scout operational range extends 100 miles from the ship with its own line of sight link. UAV’s radar can detect targets over 100 miles.

Fire Scout is set to be fielded aboard the Freedom and Independence-class littoral combat ships to conductsurveillance.