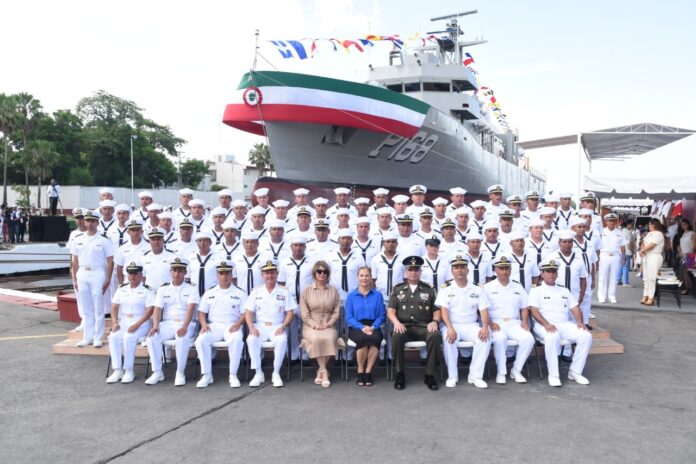 Originally to be named ESTADO de MÉXICO, the vessel’s name was changed shortly after being launched. She is the eighth and final vessel of her class, which was developed and built by Astimar Shipyard specifically for the Armada de México and has proven to be very successful in ocean control missions, both on the Pacific coast and in the Gulf of Mexico.

The 86m vessel displaces 1,680t and is armed with an Oto Melara (now Leonardo) 76mm gun on the bow, a 30mm gun from the same origin mounted over the helicopter hangar and two .50cal machineguns. She also carries a médium helicopter, an interceptor boat and two rescue boats.