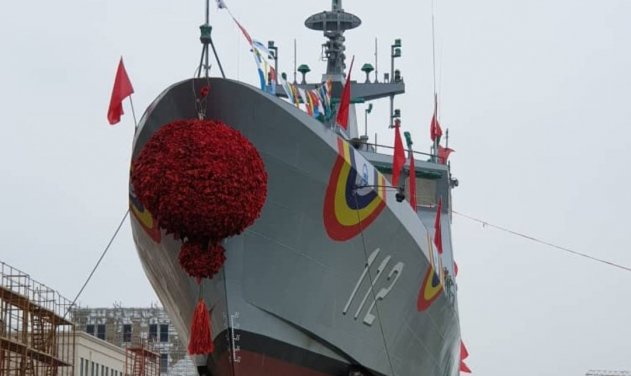 The vessel, which has been named Sundang (pennant number is 112), was launched by Wuchang Shipbuilding Industrial Group at its Shuangliu facility in Wuhan on 12 July, according to media release from the RMN’s strategic communications branch on the same day.

Sundang is part of a four-vessel contract, which was originally worth about MYR1.17 billion (USD289 million), that was signed between the Malaysian government and China Shipbuilding Industry Corporation (CSIC) in 2017. The contract is Malaysia’s first-ever order for naval ships from China, and the programme’s first of Keris class.

All four units are scheduled to be delivered by 2021.

The 68.8-meter vessels are part of the Malaysian Navy’s transformation plan that intends to bring down the number of ship classes operated by the navy from 15 to 5. Many of the current classes are now obsolete and present an expensive upkeeping challenge.

LMS will displace about 700 tons and will be capable of accommodating a containerized mission module aft. The ships will support mine warfare, hydrography, and ISR missions.