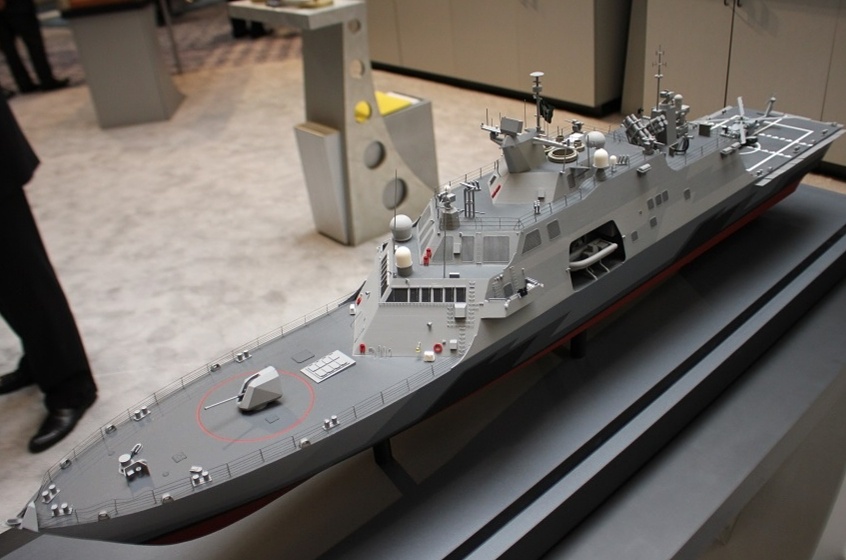 Lockheed Martin awards Gibbs & Cox contract for Functional Design for the Multi-Mission Surface Combatant
Lockheed Martin recently awarded Gibbs & Cox, the nation’s leading independent naval architecture and marine engineering firm, a contract to support the Functional Design of Saudi Arabia’s Multi-Mission Surface Combatant (MMSC).
A derivative of the Freedom-variant, Lockheed Martin’s MMSC was selected to fulfill the Royal Saudi Naval Forces’ (RSNF) multi-mission surface combatant requirement. In May 2017, the United States Navy and Kingdom of Saudi Arabia signed a Letter of Offer and Acceptance (LOA) for four MMSCs. This agreement represents the first sale of a U.S.-built surface combatant to another nation in more than 40 years.
The MMSC is a lethal and highly maneuverable multi-mission surface combatant capable of littoral and open ocean operation. It was designed from the keel up to confront modern maritime and economic security threats.
The MMSC takes the proven capabilities of the U.S. Littoral Combat Ship and the inherent flexibility of the Freedom-variant hull to meet the unique maritime requirements of international navies. The Multi-Mission Surface Combatant has a range of 5,000 nautical miles and can reach speeds in excess of 30 knots. It will be based on the Freedom-variant Littoral Combat Ship’s 118 meter hull and it will utilize the same combined diesel and gas propulsion system.