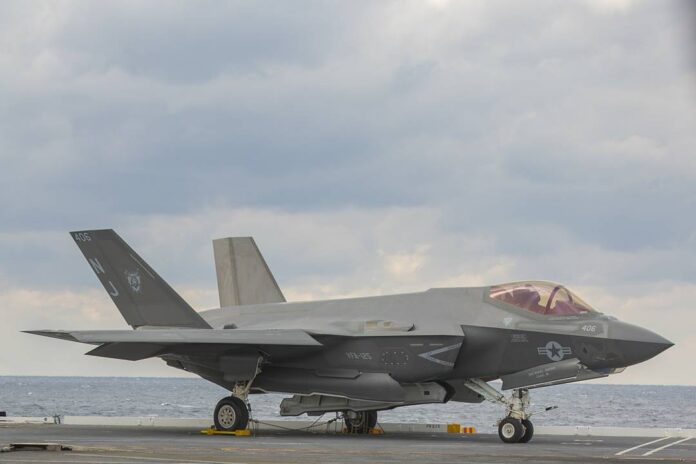 Along with Abraham Lincoln, the “Rough Raiders” of Strike Fighter Squadron (VFA) 125, the “Grim Reapers” of VFA-101, and VX-9 accomplished many first steps including first-time use of Autonomic Logistic Information System (ALIS) aboard a carrier, and use of the Joint Precision Approach and Landing System (JPALS) in an operational setting.

One of those milestones achieved was with ALIS, an information infrastructure that allows operators to plan, maintain, and sustain systems over the F-35Cs. The system provides a secure way to transmit up-to-date operations, maintenance, prognostic, support, training and technical data to users and technicians worldwide. According to Lockheed Martin, the developer of the F-35C, ALIS is considered the IT backbone of current and future aircraft throughout the Department of Defense.

Abraham Lincoln operated in inclement weather during portion of the qualification process, which gave the squadrons varying condition to test the new landing system, JPALS. The all-weather system works with the ship’s navigation system to provide accurate and reliable guidance for the aircraft. Prior to this underway, F-35Cs only used JPALS for developmental testing.

While the pilots put new systems to the test in the air, Abraham Lincoln Sailors, both on and below deck achieved important milestones. The aircraft intermediate maintenance department performed their first unassisted F-35C tire change. This accomplishment provided proven capabilities that will help ensure full and successful integration of the air wing with Abraham Lincoln. 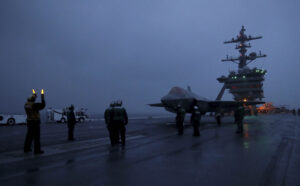