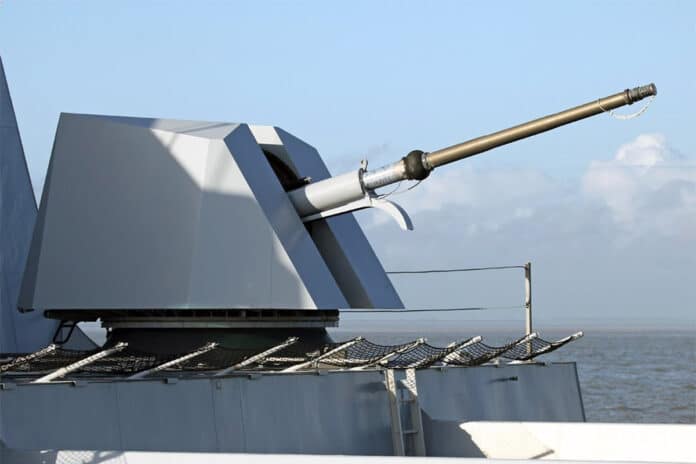 Leonardo has signed a twenty-year framework agreement with the Danish Defence Acquisition and Logistics Organisation (DALO) which provides for logistics support and the possible future upgrade of the seventeen 76/62 Super Rapid Gun Mounts which are in-service on the Danish Navy’s Iver Huitfeldt Class Frigates, Thetis Class Inspection Ships and Knud Rasmussen Class Inspection Ships. The agreement is worth up to a total value of 70 million Euros and can be extended in line with the needs of DALO and future budgets.

The 76/62 Super Rapid (SR) Gun Mount is a lightweight, rapid-fire naval gun which delivers performance and flexibility in all air defence and anti-surface roles, particularly in an anti-missile role. The 76/62 SR is suitable for installation on ships of any type and class, including small naval units.

The scope of the agreement between Leonardo and DALO ranges from basic support supplies, such as spare parts, tools and technical logistics services, up to gun upgrades and the provision of brand new 76/62 SR guns in their most up-to-date configurations. The first purchase orders are expected to be for materials necessary to maintain operational guns and for a plan to replace all original consoles with a new digital version.

The deal highlights Leonardo’s ability to ensure customers to perform their mission, by offering logistics solutions which maximise the value and utility of its products over time. It consolidates the Company’s partnership with DALO, one of the most important customers in the naval defence systems sector, a relationship which formed in the 1980s and is projected to last long into the future.