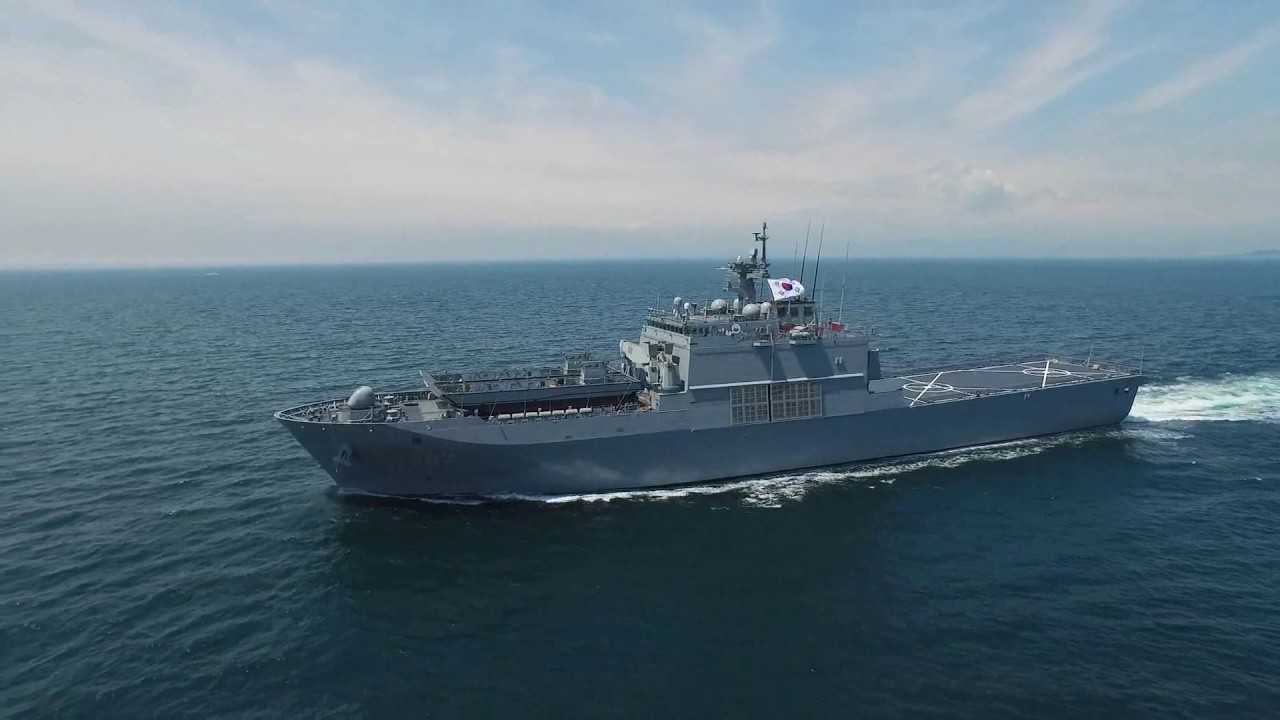 Korea’s Navy will take over a new 4,500-ton landing ship featuring speedier and larger-load operations on Monday, the state arms agency said.
The Defense Acquisition Program Administration plans to hand over the Ilchulbong vessel to the Navy in a ceremony to be held at Hyundai Heavy Industries’ shipyard in Ulsan.
It will be the Navy’s third Cheonwangbong-class landing ship (LST-II) following the Cheonwangbong and Cheonjabong vessels. They are named after mountain peaks in Korea.
The 127-meter-long Ilchulbong can sail at the maximum speed of 23 knots, with more than 130 crew members onboard.
It boasts a significant improvement in maneuver and transport support capabilities from the Navy’s existing Gojunbong-class landing ships.
It has three high-speed landing boats, two armored vehicles and eight amphibious vehicles.
It can accommodate two choppers and is equipped with an amphibious operation command center, according to the DAPA.
The Navy is scheduled to put the ship in operation after four months of crew training and other preparations.(Yonhap)