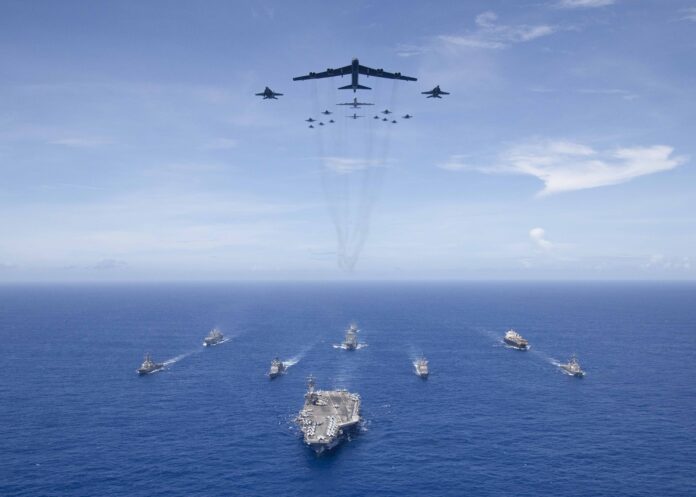 U.S. military forces from the U.S. Indo-Pacific Command are scheduled to participate in exercise Valiant Shield (VS) 2018, Sept. 16-23, around the Marianas Island Range Complex as well as on Guam.
Participants include the aircraft carrier USS Ronald Reagan (CVN 76), 15 surface ships, more than 160 aircraft and approximately 15,000 personnel from the U.S. Navy, Air Force, Army and Marine Corps.
Valiant Shield is a U.S.-only, biennial field training exercise aimed at ensuring the joint force is ready to conduct a wide range of combat operations.
During VS-18, U.S. forces will exercise a wide range of capabilities and demonstrate the inherent flexibility of joint forces. The range of capabilities include maritime security operations, amphibious operations, anti-submarine and air-defense exercises.
This is the seventh exercise in the Valiant Shield series that began in 2006.
Photo : U.S. Navy photo by Mass Communication Specialist 3rd Class Erwin Miciano