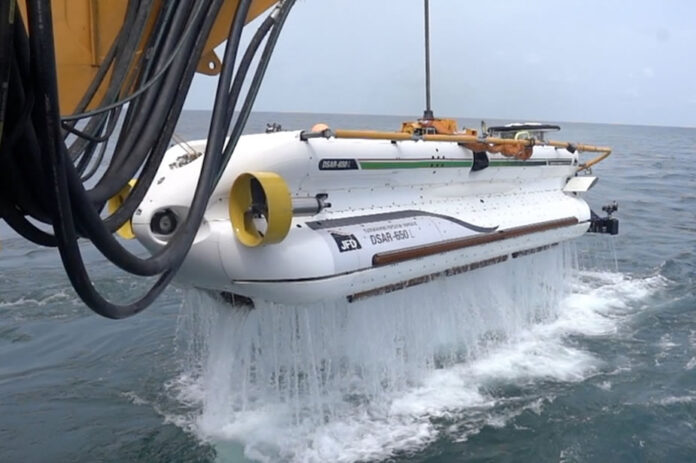 After facing the disaster occurred on Russian submarine under Baltic Sea, people understood how important subsea rescue systems once more, JFD Company has successfully completed the sea trials of the deep search and rescue vehicle (DSRV) for the first of two 3rd Generation Submarine Rescue Systems being delivered to the Indian Navy, the company has announced.

‘The delivery and sea trials acceptance of these two new third-generation fly-away submarine rescue systems ensures the provision of a highly advanced rescue capability, not only to the Indian Navy but – crucially – to submariners operating all over the world. In undertaking this rigorous and thorough sea trials process, JFD has worked in close partnership with the Indian Navy in testing and proving the capabilities of the system whilst simultaneously providing the Indian Navy with the knowledge and experience they need to successfully put their skills into practice in the most urgent situations, ensuring they are able to conduct potentially complex rescue operations even in extreme environments.

‘The Indian Navy’s east coast-based rescue team, who will operate the system when in service, have after 24 days of intensive training at sea proven that they are equipped with the skills and expertise to conduct safe and efficient submarine rescue operations, should the need ever arise.”

The DSRVs operating as part of the third-generation submarine rescue systems mark a pioneering step-change in real-world submarine rescue capabilities. The vehicles have been designed with a weight that optimizes maximum payload whilst safeguarding the vehicles’ transportability, a critical factor in minimizing the time required to mobilize the system whilst ensuring that as many submariners as possible can be rescued at one time, maximizing the chances of a successful rescue. The DSRVs are capable of operating at greater depths than most submarine rescue vehicles, providing the crew with reassurance there is an effective and robust capability should an incident arise, even in challenging conditions and at great depth.

Designed to optimise speed and manoeuvrability – both crucial factors in conducting a successful rescue operation – the vehicles have the capability to mate with any submarine, even those that might be subject to inclination on the seabed, providing reassurance to both the team onboard the submarine and to those supporting on land that there is a rescue capability in place that can bring the stricken submariners to safety.

JFD has over 35 years’ experience in submarine rescue operations, and provides fast, safe and reliable subsea rescue services, solutions products, engineering services and training to 80 countries and 33 of the world’s navies including the Royal Navy, Australian, Singapore, and Korean Navies, as well as providing the NATO Submarine Rescue System. JFD is also the incumbent provider of many other underwater products and support services to the world’s navies.