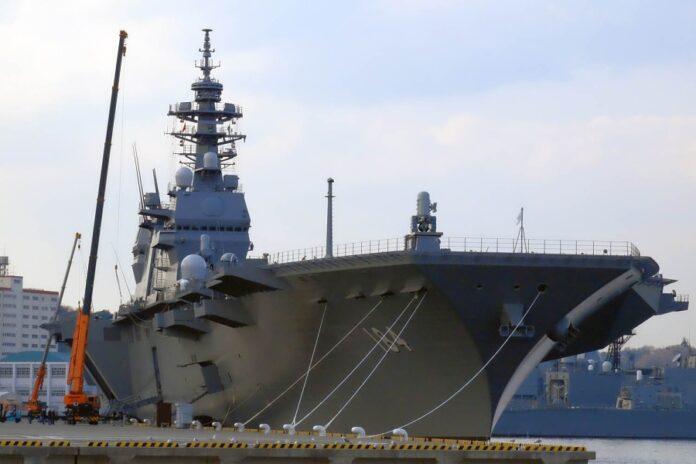 Japanese helicopter carrier to tour South China Sea, Indian Ocean for two months to promote a free and open Indo-Pacific.
Japan will send its large helicopter carrier KAGA to the South China Sea and Indian Ocean. The tour of JS KAGA will begin in September.
The 248 metre-long (814 ft) Kaga, which can operate several helicopters simultaneously, will make stops in Southeast Asian countries such as Indonesia and at ports in India and Sri Lanka.
The Kaga, which will be accompanied by an escort ship, may also conduct ad hoc joint drills with warships from other counties in the region.
Japan last year sent its sister ship, the Izumo, on a similar tour of the contested South China Sea and the Indian Ocean.
Japan’s growing visibility in those waters reflects concern it shares with the United States over China’s military presence in a region through which trade routes pass that are vital to the Japanese and U.S. economies.
China, which says its intentions are peaceful, claims most of the South China and has built bases on reefs and shoals it has reclaimed. China has also increased naval operations in the Indian Ocean.
The United States holds regular air and naval patrols in the South China Sea, saying it has to ensure freedom of navigation.