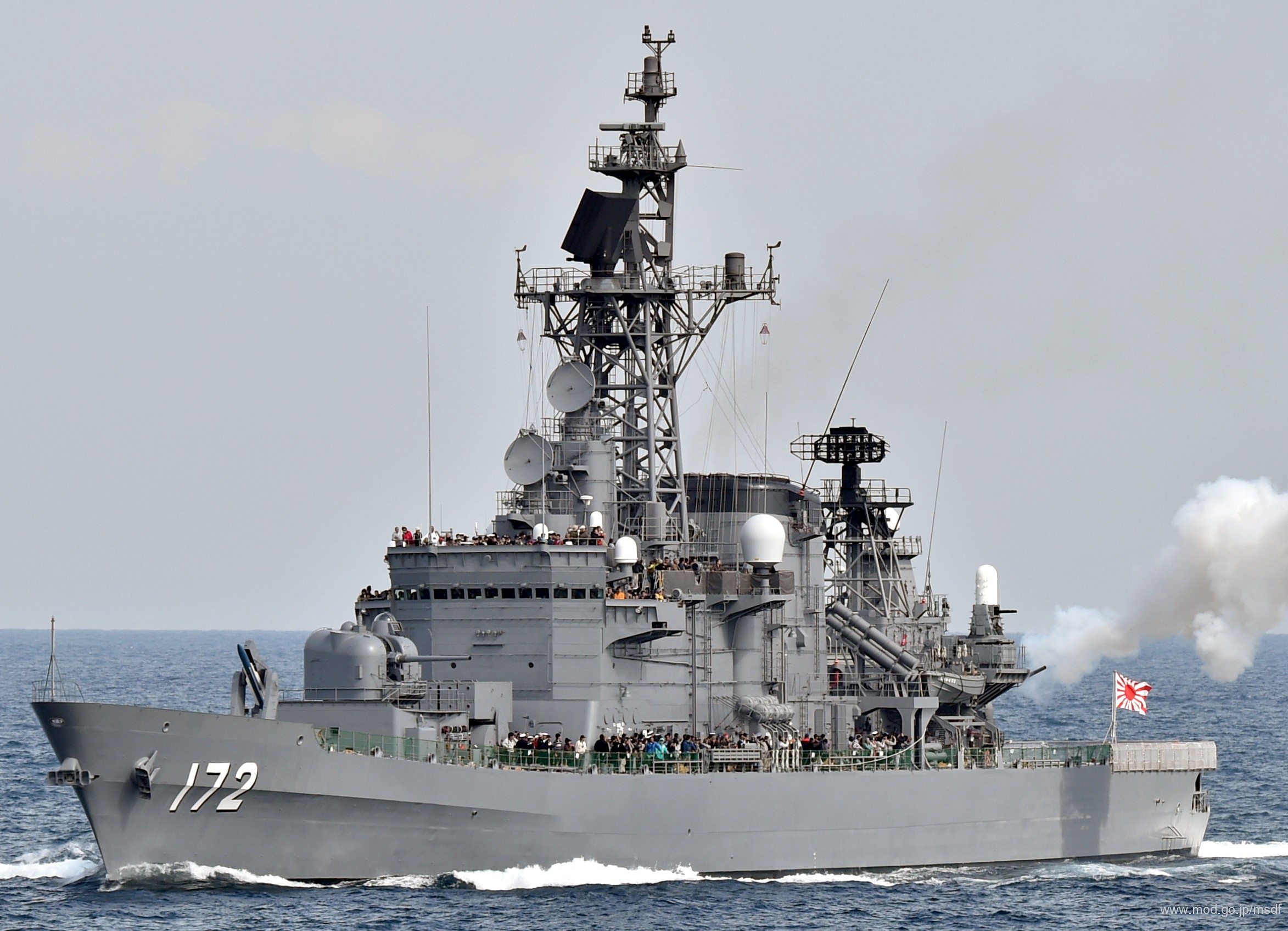 No one was injured in the incident that occurred at around 8:30 p.m. in the East China Sea, the Self-Defense Forces’ Joint Staff said. The MSDF said its destroyer and the Chinese vessel, which had 13 crew members aboard, are both still able to sail under their own power.

According to the Defense Ministry, the destroyer Shimakaze received damage on its port side. The vessel was on patrol after departing from Sasebo in Nagasaki Prefecture on Sunday morning.

The ministry said it will cooperate with the coast guard’s investigation while launching a probe panel within the MSDF as well.

The Hatakaze class of guided-missile destroyers is a third-generation vessel in service with the Japan Maritime Self-Defense Force (JMSDF). They were the first of the JMSDF’s ships to have gas-turbine propulsion.

The core weapon suite is similar to that of the Tachikaze-class destroyer, but various improvements were made in many areas. Most notable are those that allow the Hatakaze class to function as a group flagship. Normally this duty resides with the DDH class, but in case of a DDH’s absence due to repairs, accident, or battle damage, the Hatakaze design allows for it to function as a command ship.