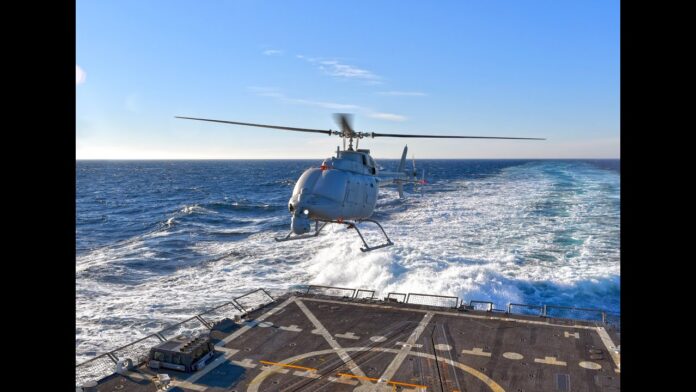 Benefits of Unmanned Air Vehicles (UAV) attracts armed forces of many countries. They are the eyes of the forces at disputed and hard-to-reach areas with minimum risk. Unmanned aircraft, which refers to planes and helicopters that can operate without onboard human pilots, can also fly at night and in bad weather, giving them a broader range of operation than manned aircraft. They also can be operated remotely or autonomously. Therefore, Japan announced its plan to acquire 20 unmanned helos in order to embark on destroyers and other ships.

With Chinese government ships regularly sailing around the controversial Senkaku Islands and the Chinese military becoming more active in places such as the East China Sea and Pacific Ocean, figuring out how to operate with limited personnel and equipment has become an issue.

The helicopter model is expected to be selected in fiscal 2022, with the procurement starting in fiscal 2023, the sources said.

The MQ-8C Fire Scout is considered the leading candidate. Made by Northrop Grumman Corp. of the United States, the 12.6-meter-long, 2.7-meter-wide unmanned helicopter can detect the movements of ships and other objects from an altitude of about 5,000 meters.