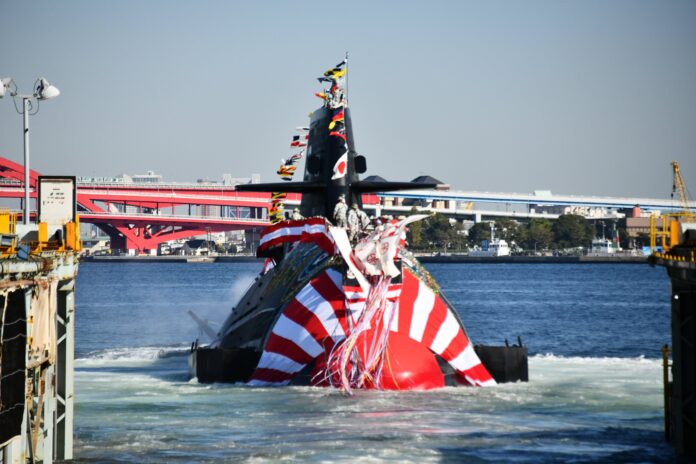 JS Toryu (with pennant number SS 512) is the second Soryu-class diesel-electric attack submarine (SSK) for the Japan Maritime Self-Defense Force (JMSDF) equipped with lithium-ion batteries. Toryu is also the 12th and final submarine of the Soryu class and the sixth to be built by KHI, with the other six having been built by Mitsubishi Heavy Industries (MHI).

Name of “Toryu” means “a fighting dragon” in Japanese language.

Soryu Class diesel-electric submarines have been built since 2005, first six submarines were built by Mitsubishi Heavy Industries and rest of them were Kawasaki Shipbuilding Corporation made.

Soryu Class carries a hydrodynamic design based on the Oyashio class submarine. It has a larger displacement than any other submarine class in JMSDF’s service.

The vessel has an overall length of 84m, a beam of 9.1m and depth of 10.3m. The normal draft of the sub is 8.4m. It has a surfaced displacement of 2,950t and a submerged displacement of 4,200t. Soryu Class complements a crew of 65, including nine officers and 56 enlisted members. The submarine can sail at a surfaced speed of 13kt and a submerged speed of 20kt. It has a maximum range of 6,100nm at 6.5kt speed.