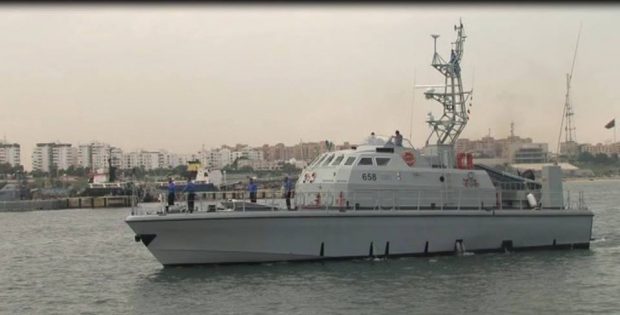 The Libyan Naval Force said Sunday (Oct.21) that it had received the Italian boat Fezzan in Abu Sitta Naval Base in Tripoli with 14 Libyan personnel on board.

According to the Libyan Navy spokesman, the boat was provided by the Italian Naval Force’s coast guard to the Libyan counterpart as part of the joint cooperation in fighting illegal immigration and smuggling in the sea. “After four more weeks, another boat and 10 dinghies will be sent by Italy to Libya. This is not part of the 2008 agreement between Libya and Italy.” the spokesman added.

The Italian embassy in Libya said on Twitter that the boat that was sent to Libya on Sunday is 27 meters long and will be used by Libyan coastguards to boost monitoring waters and combating human traffickers. “This is another step for the Italian partnership with Libya for a safer and more stable country.” The embassy tweeted.