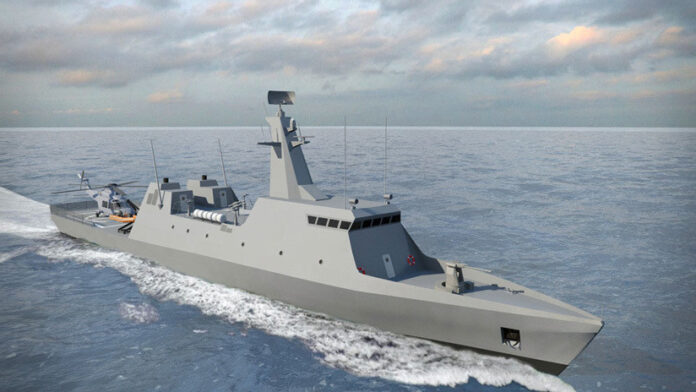 The private shipbuilding company Israel Shipyards Ltd. has announced on November 13 the signing of an agreement with the Ministry of Defense of Israel, which involves the design of Reshef Class Combat vessel that would replace the current Saar class missile corvettes 4.5, informs the company’s website.

Based on the ISL S-72 design, the vessel will feature all-Israel defence technologies.

The ships will be used to protect Israel’s exclusive economic zone, including oil and gas facilities, according to the company.

The crew will include 50 people with the possibility of hosting additional groups, such as special forces soldiers.

The armament of the new corvette will inherit from characteristics of the Saar 72 model. New Reshef Class is planned to carry the Barak 8 air defense system, an IAI Gabriel 5 anti-ship missile launcher, two 30mm remotely controlled coaxial cannons and torpedo tubes. In addition, she probably will carry a drone.

In recent decades, the company has built and delivered a large number of these vessels, which are in active service with the Israeli Navy as well as in the Navies, Coast Guards and law enforcement authorities of countries around the world.