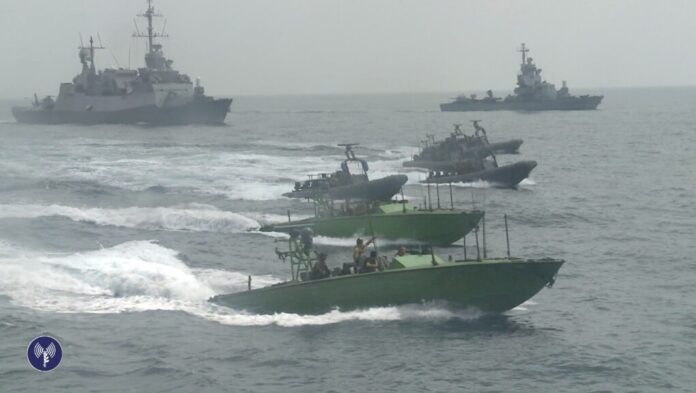 Israel is preparing to fend off potential threats to its naval and merchant marine vessels and those making their way to Israel, amid rising tensions in the Gulf over the seizure of British oil tankers by Iran’s Revolutionary Guards on 20th July.

General dispute and high tension between Iran and Israel is not a secret. This is the subject of the strategists for decades, they always see each other as a threat and take strategic countermeasures for every step. For several weeks, Iran had some troubles with the U.S. and UK. Neutralizing drones of Iran by the U.S. warship and Iran’s denial of the incident still is a dispute. But mutual moves between UK and Iran about seizing tankers, made everyone concerned about maritime security. As a common rival, Israel seems quite disturbed.

At a recent discussion over potential measures to contend with threats both along Israel’s coast and farther away, defense officials said Iran plays a significant role in the naval arena not only in the Gulf but in the Eastern Mediterranean, too, currently also posing a threat to Israeli vessels passing through the Straits of Tiran in the Red Sea.

Though any threat detected yet,aA marine barrier in the southern city of Eilat was recently erected to protect vessels anchoring at its naval port, in order to prevent civilian vessels carrying tourists from entering it, but also due to the rising tensions in the region and intelligence suggesting a potential attack could be launched by fast boats or similar watercraft.

Discussing marine threats, officials voiced concern over potential aerial attacks, as well as attacks by long-range surface-to-sea missiles, drones or fast boats. Officials also noted Iran has worked over the past years to convert long-range rockets into precision naval rockets, developing GPS-based technology and advanced optical systems. Tehran, Israel assesses, has begun producing these rockets, and may deliver them to the Houthis or to Hezbollah, leading to the premise that any capabilities Iran has might also be used anywhere else in the region where there is Iranian involvement.

The area is like a bomb which is ready to explode. Both sides don’t dare to step back and we wonder how much the tension would be increased or problems to be solved in a diplomatic way.