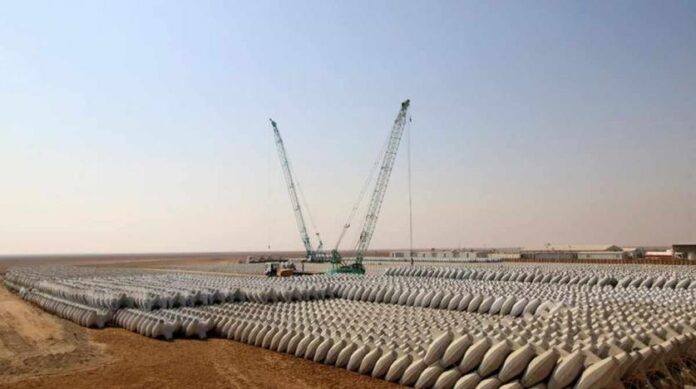 After being a huge obstacle for successive governments since 2003, Iraq finally plans to build the largest naval base in the Persian Gulf near the under-construction Al Faw Grand Port.

Defense Minister Najah al-Shammari has announced plans for the establishment of the largest military naval base during a visit in the vicinity of Basra last week.

“Iraq has decided to establish the biggest naval base in the Faw port, which will take several years to be built,” the Defense Minister announced.

The base would be responsible for securing Iraq’s territorial waters and protecting its southern maritime port and will help develop the security and economy of Basra city.

“We will do whatever we can to finalize this project for the sake of Iraq’s economy,” al-Shammari said.

Minister of Transportation Luaibi said: “We are proud to announce the biggest naval base in Basra that would help Iraq develop its security and economy, as well as control its water resources.”

Defense Ministry spokesman, Tahsin al-Khafaji told Asharq Al-Awsat that Iraq needs such a military base to protect its ports and regional waters, revealing that the project will be complete in two years.

“After resuming construction at the Faw port, we found that an advanced naval base should be built near it to help protect the port,” he explained.

Iraq does not boast a strong navy. Its vessels are currently limited to countering human trafficking and oil and weapons smuggling operations and protecting offshore oil rigs. Military reports have said that Iraq needs to boosts its navy to meet security demands. This maybe the first step of improving its navy. This is a strategic decision and move that can effect balances at Gulf.

Here is the map of the gulf and possible position of the base ;