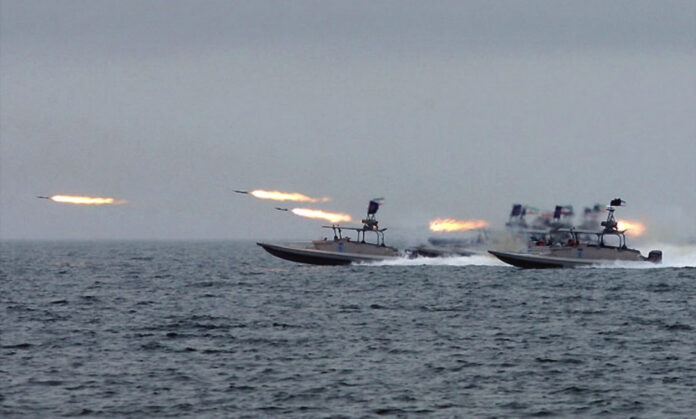 The base is expected to enable the Revolutionary Guard Corps Navy to have better control of the area of the Persian Gulf, a place from which to carry out offensive and defensive operations against US forces in the region, and faster closure of the straits, a global economic chokepoint that more than 21 million barrels of oil (about 25% of global oil consumption) pass through a day. The main beneficiaries of the oil passing through the straits are China, India, Japan, South Korea and Singapore.

Iran’s concept of warfare against the US Navy is based on a circle of defense in the Straits of Hormuz, implemented by multiple-layered attack using dozens of speedboats equipped with rockets, missiles and torpedoes, laying of sea mines, dozens of dwarf submarines with attack capabilities, the firing of missiles from launchers on shore as well as manned and unmanned aircraft.

The strengthening of the defense of the Straits of Hormuz is an additional step in the growth of Iran’s power in the naval domain as part of its response to the military tension with the US in recent years in the area of the Persian Gulf.

Tensions between Iran and the U.S. have escalated dramatically since President Donald Trump withdrew from the 2015 nuclear deal two years ago and reimposed stringent sanctions on the Islamic Republic, triggering a security crisis in the region.