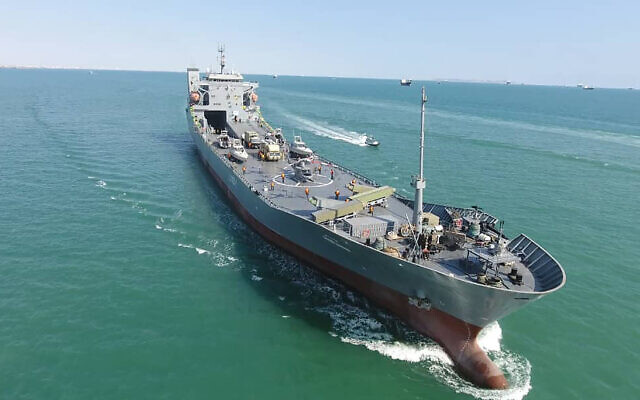 “Presence and assignments in the Indian Ocean is our right,” Tangsiri said.

The ship appears to be an answer to U.S. Navy patrols in the region by its Bahrain-based 5th Fleet. U.S. aircraft carriers routinely travel through Mideast waters. Iran sees those missions, as well as Israel’s expanding presence in the region, as a threat.