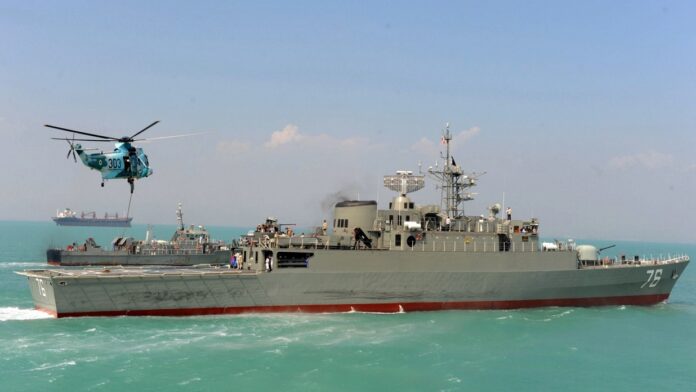 The Iranian Navy kicked off “Sustainable Security 1400” in the Caspian Sea on Wednesday.

According to Tasnim agency, the drill involves various assets and equipment of the Iranian Navy, including corvettes, aircraft and helicopters, naval drones, electronic warfare systems, as well as Navy marines and commandos.

Participants of the exercise practice different attack and defence tactics for the protection of the country’s northern maritime borders and ensuring the safety of shipping routes.

Over the past few years, the Iranian Navy’s forces have held several military drills in southern and northern waters.

The Tasnim Agency’s article stated that the Islamic Republic has repeatedly assured other nations, especially its neighbours, that its military might poses no threat to other countries, stressing that its defence doctrine is based on deterrence.

Check out Naval Library App to find out the specifications of Sri Lankan Navy assets.