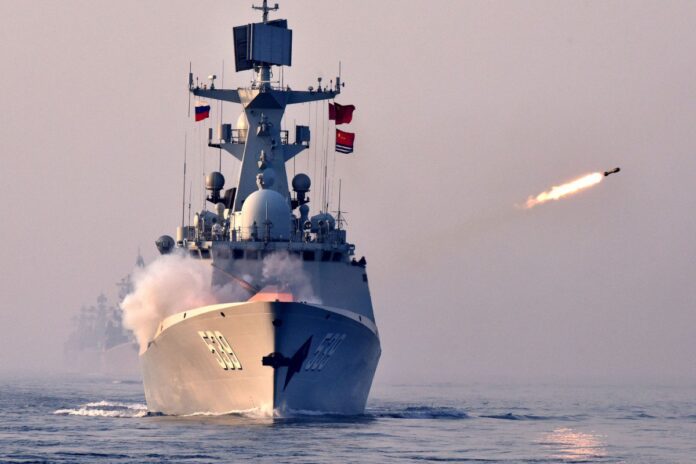 According to semi-official news agency of Iran, Tasnim, Iran is planning to hold naval drills with Russia and China at Gulf of Oman.

The head of foreign affairs for Iran’s General Staff, Ghadir Nezami, told Tasnim that the joint drill will be held in the Gulf of Oman and the northern portion of the Indian Ocean. He added that Iran has no intention of holding the drill within the Persian Gulf. Nezami did not specify a timeline, but he did indicate that the exercise has “political goals” – namely, showing cooperation among the three partner nations.

This kind of plans are unremarkable normally, but as all we know tension is quite high at the area because of Gulf events especially bombardment incident at Saudi Arabia. Iran’s drill partners are rivals of U.S., it’s obvious that this exercise has political aims.

In a routine press conference Monday (23rd September), Chinese foreign ministry spokesman Geng Shuang refused to tell details about the exercise. “What I can tell you is that the Chinese armed forces maintain normal exchange and cooperation with armed forces of other countries. I would like to refer you to the PLA for the specifics,” he said.

The American coalition – called the International Maritime Security Construct (IMSC) – formally launched September 16 with an opening conference in Bahrain. The current members include the United Kingdom, Australia, Saudi Arabia, Bahrain, the UAE and the United States. Representatives from two dozen additional countries attended the conference, according to U.S. Central Command.

Two sides are making moves repeatedly and tension is always high at the area. We will keep following the incidents.