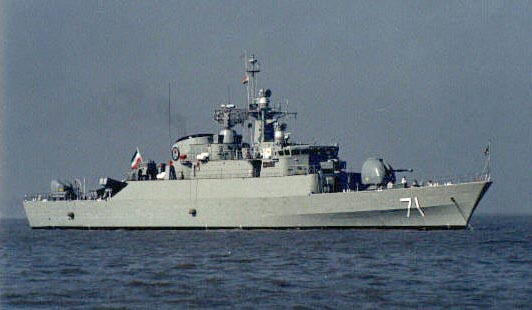 According to Iran Press TV, Iranian naval forces have thwarted a pirate attack on one of the country’s merchant vessels in the Gulf of Aden.

Iran’s 48th naval fleet, comprised of Alvand destroyer and Lavan logistic warship, rescued the Iranian ship from an attack by pirates in south of Ras Sharbitat region in Oman on Sunday morning.

Gulf of Aden pirates attacked the Iranian merchant ship, named Caspian Harmony, in a bid to hijack it, but they were forced to flee after a heavy exchange of fire by the Iranian fleet.

In line with international efforts against piracy, the Iranian Navy has been conducting patrols in the Gulf of Aden since November 2008, safeguarding merchant containers and oil tankers owned or leased by Iran or other countries.