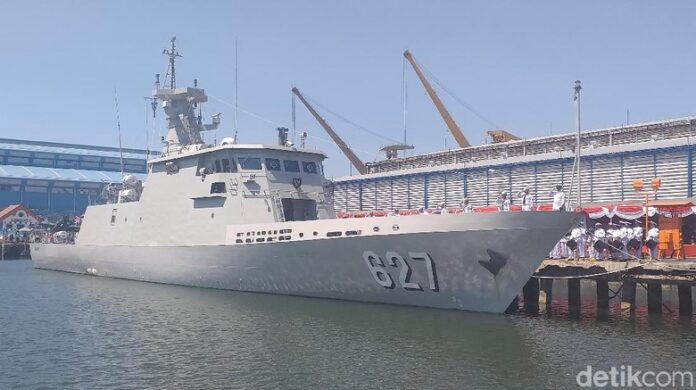 Chief of Navy Staff commented after the ceremony and said that KRI Kerambit will be embarked and operated directly at western Fleet-I of Indonesian Navy.

Ryamizard said that the delivery of the KRI Kerambit-627 was part of the concept of developing defense forces in the country’s defense strategy towards the independence of the defense industry.

He also said that the KRI Kerambit-627 could increase the relative combat power of the Indonesian defense forces.

The KCR-60M was originally conceived by Indonesian defence planners as a ‘hit-and-run’ platform that could swiftly deploy guided anti-ship missiles against larger surface combatants, before quickly receding into the archipelagic background.