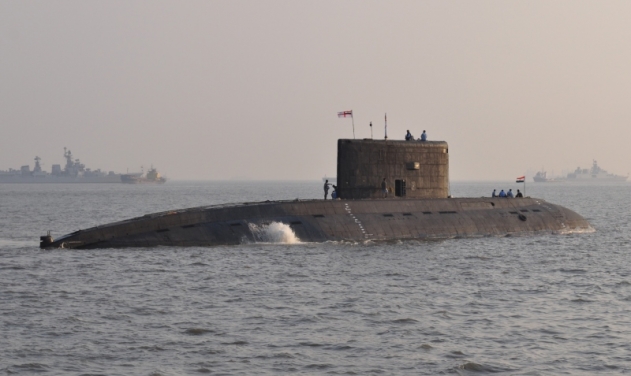 Indian Navy’s Six Oldest Submarines Undergoing Major Refit Process
The delay in induction of India’s new class of attack submarines has forced the Indian Navy to upgrade six of its oldest submarines under the Major Refit and Life Certification (MRLC) programme.
Four Sindhughosh-class (Russian Kilo) and two Shishumar-class (German HDW) submarines are to be engaged in ‘life extension and refit’ programmes, at a cost of US$ 155 million per boat, The Hindu reports Wednesday (Feb 07).
INS Sindhukesari, INS Sindhuraj, INS Sindhuratna, INS Sindhughosh, INS Shishumar and INS Shankush have been identified for MRLC programme.
“The Navy has opted to upgrade its existing fleet,” said sources. “Time and cost overruns and controversies have delayed the induction of the six Scorpene submarines. By the time all the Scorpenes join the fleet, the oldest will have completed its tenure. The service life of a submarine typically varies between 25-30 years”.
Noting that all units of the Indian Navy follow a comprehensive operational-cum-refit cycle, sources said the MRLC programme, under which a submarine is refitted with the latest technology and naval systems, will normally take about 24-27 months.