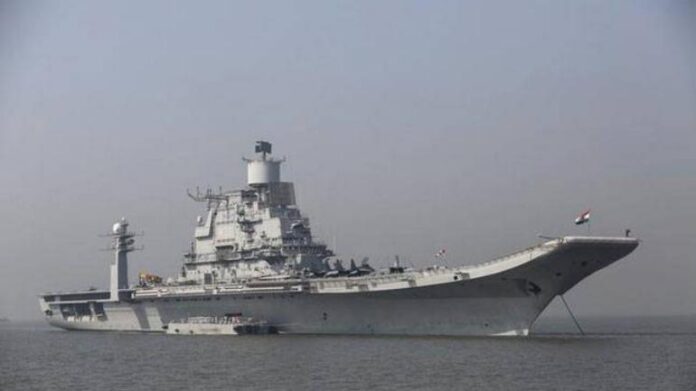 Because of the dissatisfaction with the original Russian Equipment, the flight deck of Indian Navy’s sole aircraft carrier INS Vikramaditya will be equipped with indigenous landing aids.

Named as Optical Landing System (OLS), it has been developed by the Central Scientific Instruments Organisation (CSIO) of India. The system is under the shore-based tests.

To enable aircraft to touchdown at the right spot on the carrier deck, the OLS provides the glide slope information to the pilot through a system of lens and coloured lights.

The Indian Navy wanted the landing aids to be seen from longer distance with a higher resolution for coloured light to ensure clarity.

The extensively modified Soviet-era warship, INS Vikramaditya, was commissioned in November 2013 and formally entered service in June 2014 after the arrival to India from Russia. It carries MiG-29K fighters and helicopters.

As the landing speed is high and runway space is restricted the OLS is critical for safe recovey. The system informs the pilot about the best approaching angle for landing. A “ball “ image that is created by the system turns red if the aircraft is too low. If it is too high, the ball  moves above horizontally placed bars of green datum lights that serve as a reference point for the pilot to judge his position.