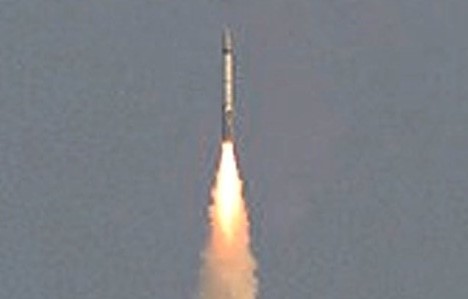 Indian indigenous submarine ARIHANT successfully launched 3 home-grown nuclear capable Submarine Launched Ballistic Missile (SLBM) (code-named B-05) on Aug 11 & 12 Aug while submerged off Vizag coast. Two tests were conducted on August 11, and one was done the next day.
This makes India the sixth in the world to have nuclear-enabled missiles that can be fired from land, air and undersea.
All three missiles were fired from the submarine, nearly 20-m deep in the sea, about 10-km off the Vizag coast.
According to Indian media “It perfectly followed the pre-designated trajectory before zeroing in on the target with high accuracy, reaching close to zero circular error probability”
Specifications :
Operational range -750 km
Length – 10 metre
Width – 1 metre
Weight – 10 tonne
Warhead – 1,000 kg
Engine – Two-stage solid-fuelled