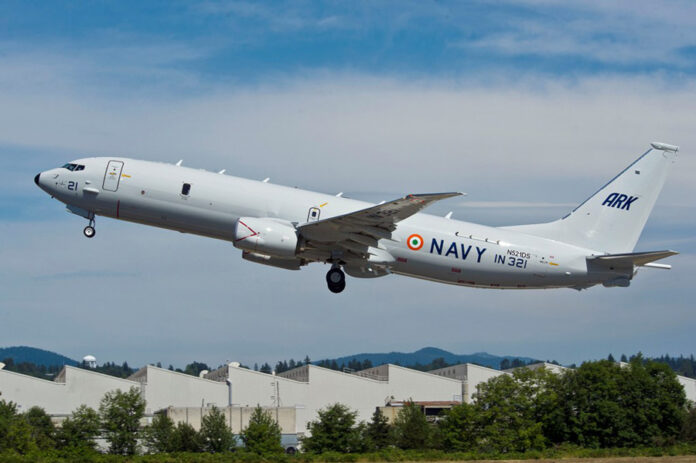 India Navy is expected to procure 10 more Boeing P-8I Poseidon MPA’s additional to its eight aircraft which has been acquired in 2009.

The Indian “Services Capital Acquisition Categorisation Higher Committee” (SCAPCHC) cleared the proposal on June 20 about $US 3.2 billion. After this first step, the deal will have to be cleared by the Defence Acquisition Council (DAC) and then by the Cabinet Committee on Security (CCS) headed by Prime Minister Narendra Modi. The procurement process  will be done through the U.S. Foreign Military Sales (FMS). It is a follow-on order thus this avoids the lengthy process of bidding.

According to the Indian Navy, the aircraft are fully integrated in naval operations. And that:

The P-8I aircraft is equipped for long range anti-submarine warfare, anti-surface warfare, intelligence, surveillance and reconnaissance in support of broad area, maritime and littoral operations. Its communication and sensor suite includes indigenous equipment developed by defence PSUs and private manufacturers. With its high speed and high endurance of about 10 hours, the aircraft is capable of thrusting a punitive response and maintaining a watch over India’s immediate and extended areas of interest.