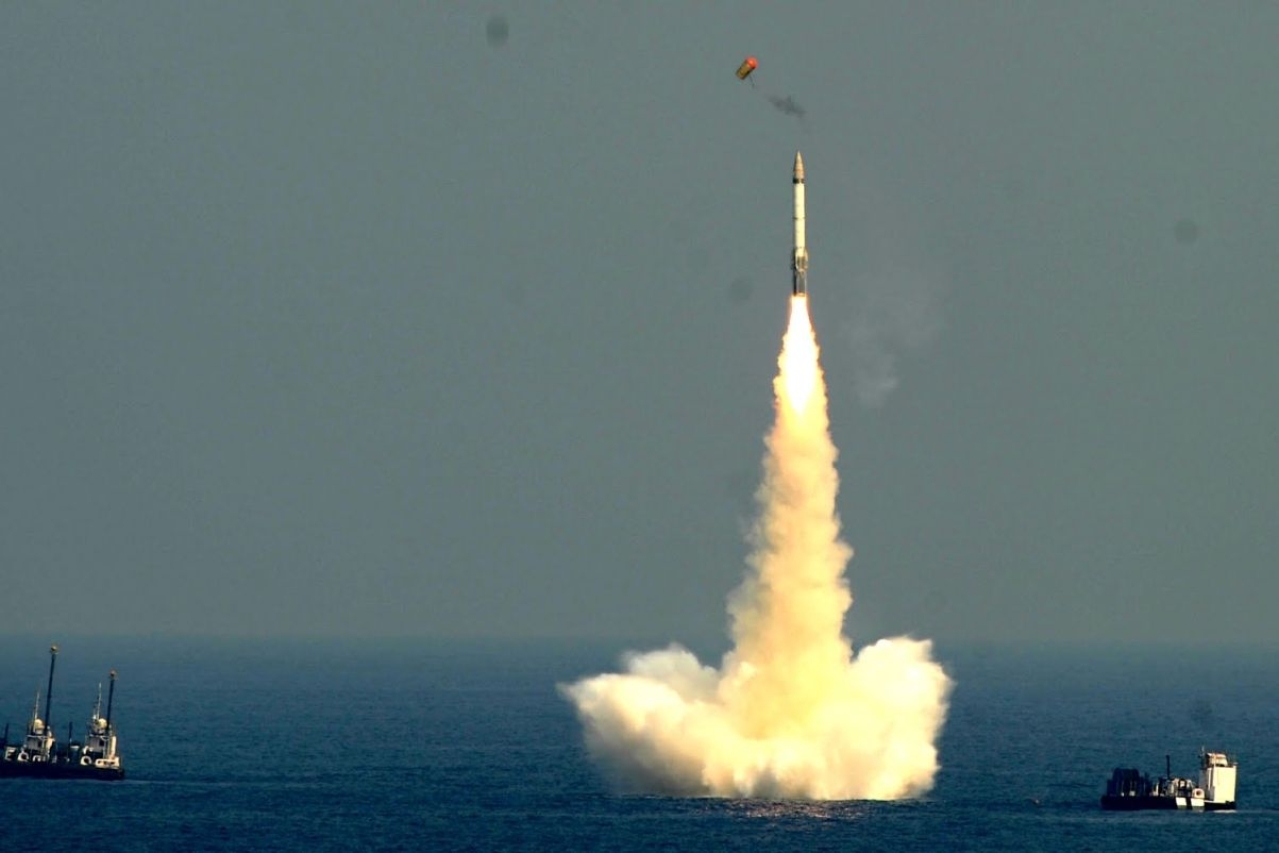 Indian Navy successfully test-fired the 3500-kilometre strike range K-4 submarine-launched ballistic missile on January 24. “The K-4 is an intermediate-range SLBM (Submarine Launched Ballistic Missile). It is a 10-metre-long missile weighing 20 tonnes, capable of carrying a 1-ton payload up to a range of 3,500 km” DRDO said in a statement on October last year.

The test-firing of the missile developed by the Defence Research and Development Organisation (DRDO), was performed off the coast of Visakhapatnam, which comes as a major boost to the defence forces in the country. The government sources said that the missile was fired from an underwater platform early morning Friday, January 24. The move comes as the second test in less than a week by the Indian defence and research department.

The missile is to be equipped on the indigenously-built INS Arihant-class nuclear submarines of the Indian Navy, with the induction of which (INS Arihant) India has become the sixth country in the world to have a nuclear triad.

India conducted the test-launch of the K-4 from an underwater pontoon for the second time in six days. The test was the second this month, with another taking place on January 19.

K-4 is a nuclear capable Intermediate-range submarine-launched ballistic missile developed by the Defence Research and Development Organisation of India to arm the Arihant-class submarines. The missile has a maximum range of about 3500 km.

The development of the K-4 was undertaken after facing significant difficulties in compacting similarly capable Agni-III to equip INS Arihant which has a limited 17-metre (56 ft)-diameter hull. K-4 has range comparable to Agni-III with major length reduction from 17 metres (56 ft) to 12 metres (39 ft). The gas-booster designed for K-4 was successfully tested from a submerged pontoon in 2010.

The K-4 is a submarine-launched ballistic missile which is composed of two stages. The missile is reported to be 12 metres (39 ft) long with a diameter of 1.3 metres (4 ft 3 in) and weighs nearly 17 tonnes (19 tons). It can carry a warhead weighing up to 2 tonnes (2.2 tons) and is powered solid rocket propellant. DRDO stated that the aim of the missile was to achieve a high accuracy. As a countermeasure against ballistic missile defence systems, the K4 can perform three-dimensional maneuvers.