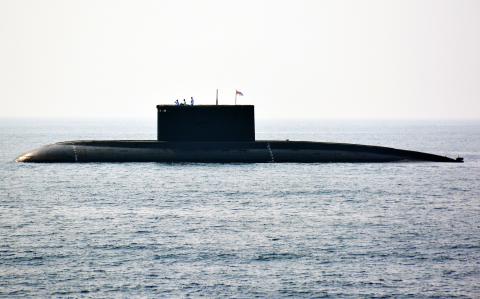 India $2.9 billion nuclear ballistic missile submarine flooded and almost sank after someone left the hatch open.
India’s first nuclear-powered ballistic missile submarine has been grounded for almost a year after it flooded with seawater and almost sank last February.
The $2.9 Billion INS Arihant has been undergoing repairs for the past ten months after a “human error” caused major water damages to the submarine’s propulsion chamber, according to The Hindu on Monday.
The source also confirmed that the submarine remains docked while it receives extensive repairs, including water being pumped out of the vessel and pipes being replaced. The pressurized water coolant pipes have been corroded by the salt water flooding, The Hindu reported.
INS Arihant is India’s first operational nuclear ballistic missile submarine. The 6,000 tonne vessel was built in the port city of Visakhapatnam, under the Navy’s secretive Advanced Technology Vessel project (ATV).