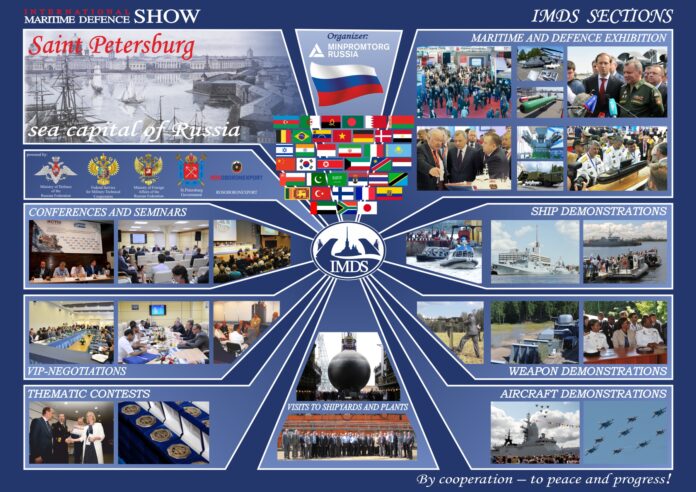 The Show’s format enables to unite in the common exhibition space:

· demonstration of armaments and naval equipment;

Over 40 official delegations from 33 countries are expected to attend the event, organized by the Russian Ministry of Industry and Trade. The show will be held at the Lenexpo Exhibition Complex as well as in the nearby Marine Station mooring complex.

The exhibition will include 17 Russian ships such as the Russian Admiral Kasatonov frigate of the Admiral Gorshkov-class (Project 22350) and a corvette of the Project 20380, which will be showcased at the Marine Station.

Some 350 companies are slated to take part in the event, including 28 foreign firms from 19 countries such as China, Germany and South Korea. Russia’s United Shipbuilding Corporation and the Rostec state corporation will also participate in the exhibition.

Russian warships are open for visit during the show.