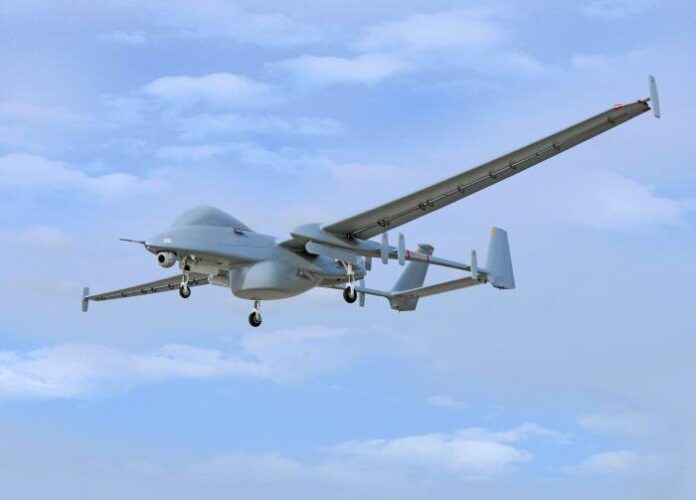 Israel Aerospace Industries (IAI) decided to upgrade Heron’s capabilities for the maritime arena with anti-submarine capabilities.
According to the Israeli military newspaper (israeldefense.co.il) Israel Aerospace Industries (IAI) is upgrading its capabilities for the maritime arena with anti-submarine capabilities in its marine Remotely Piloted Aircraft (RPA). The maritime RPA, which carries a range of dedicated payloads, now has two new payloads for submarine detection: the Sonobuoy (acoustic detector) and the MAD (magnetic Anomaly detection). The Sonobuoy is a small, lightweight sonar float which is hurled out of the RPA with a parachute. Part of the Sonobuoy submerges in the water and part of it remains above water, emitting and receiving acoustic signals in high seas. The findings are transmitted in real time to the RPA’s control post. The MAD is an RPA-mounted device that detects and alerts on submarines through the identification of changes in the magnetic flow (metal objects detection). The two detectors complement one another: the Sonobuoy is used for searching a broad area while the MAD is used to verify that the object is a submarine, including an up-to-date location. The RPA carries several Sonobuoys, which it hurls accurately into the sea whenever the presence of a submarine is suspected.