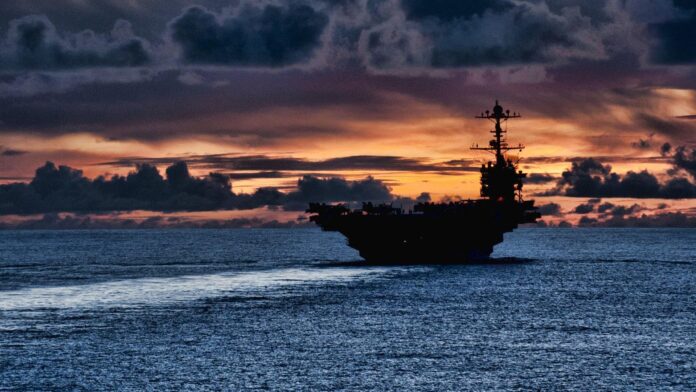 U.S. Nuclear Powered Warships (NPWs) has safely operated for more than 50 years without experiencing any reactor accident or any release of radioactivity that hurt human health or had an adverse effect on marine life. Naval reactors have an outstanding record of over 134 million miles safely steamed on nuclear power, and they have amassed over 5700 reactor-years of safe operation. Currently, the U.S. has more than 80 nuclear-powered ships (aircraft carriers, submarines) These NPWs make up about forty percent of major U.S. naval combatants, and they visit over 150 ports in over 50 countries, including approximately 70 ports in the U.S. and three in Japan.

All U.S. NPWs use pressurized water reactors (PWRs). PWRs have an established safety history, their operational behavior and risks are understood, and they are the basic design used for approximately 60% of the commercial nuclear power plants in the world. The mission that naval reactors support is different from the mission of commercial reactors.

All NPWs are designed to survive wartime attack and to continue to fight while 2 protecting their crews against hazards. They have well-developed damage control capabilities, redundancy, and backup in essential systems. In addition, to support the mission of a warship, naval reactors are designed and operated in such a way as to provide rapid power level changes for propulsion needs, ensure continuity of propulsion, and have long operational lifetimes (current naval reactor cores are designed such that aircraft carriers are refueled just once in the life of the ship and submarines never have to be refueled). These are the significant differences between NPW and commercial reactor missions. Also, the fact that operators and crews have to live in close proximity to the nuclear reactor requires that the reactor have redundant systems and comprehensive shielding and be reliable and safe. For these reasons, naval reactor plant designs are different from commercial reactors, which results in enhanced capability of naval vessels to operate safely under harsh battle conditions, or even more safely during peacetime operations.

There are at least four barriers that work to keep radioactivity inside the ship, even in the highly unlikely event of a problem involving the reactor. These barriers are the fuel itself, the all-welded reactor primary system including the reactor pressure vessel containing the fuel, the reactor compartment, and the ship’s hull. Although commercial reactors have similar barriers, barriers in NPWs are far more robust, resilient and conservatively designed than those in civilian reactors due to the fundamental differences in mission.

U.S. naval nuclear fuel is solid metal. The fuel is designed for battle shock and can withstand combat shock loads greater than 50 times the force of gravity without releasing fission products produced inside the fuel. This is greater than 10 times the earthquake shock loads used for designing U.S. commercial nuclear power plants. With the high integrity fuel design, fission products inside the fuel are never released into the primary coolant. This is one of the outstanding differences from commercial reactors, which normally have a small amount of fission products released from the fuel into the primary coolant.

An all-welded primary system provides a second substantial metal barrier to the release of radioactivity. This system is formed by the reactor pressure vessel, which is a very robust and thick metal component containing the reactor core, and primary coolant loops. They are tightly and firmly welded to stringent standards to constitute a single structure that keeps pressurized high temperature water within the system. The primary system coolant pumps are canned motor pumps, which means they are completely contained within the all-welded primary system metal barrier. No breach in the primary boundary is needed to power the pump; the pump is operated from outside by the force of an electromagnetic field.

No rotating parts with associated packing seals penetrate the metal barrier. While the design ensures that no measurable leakage takes place from this primary system, it should be noted that there is only a very small amount of radioactivity within the primary coolant. As explained above, there are no fission products released from the fuel into coolant. The main sources of radioactivity in the primary coolant are trace amounts of corrosion and wear products that are carried by reactor cooling water and activated by neutrons when the corrosion products pass by the reactor fuel. The concentration of radioactivity (Becquerels per gram, Bq/g) from such activated corrosion products is about the same as the concentration of naturally occurring radioactivity found in common garden fertilizer.

The U.S. Navy monitors radioactivity levels in the reactor cooling water on a daily basis to ensure that any unexpected condition would be detected and dealt with promptly. The third barrier is the reactor compartment. This is the specially designed and constructed high-strength compartment within which the all-welded primary system and nuclear reactor are located. The reactor compartment would hold back the release of any primary coolant system liquid or pressure leakage in the event a leak were to develop in the primary system.

The fourth barrier is the ship’s hull. The hull is a high-integrity structure designed to withstand significant battle damage. Reactor compartments are located within the central, most protected section of the ship.

Consequently, reactors are normally shut down shortly after mooring and they are normally started up only shortly before departure, since only very low power is required for propulsion in port. While in port, electric power for service needs is provided from shore power supplies. This has been and will continue to be the case for NPWs in other ports where sufficient shore power is available.

From these two facts alone, it follows that the amount of radioactivity potentially available for release from a reactor core of a U.S. NPW moored in a port is less than about one percent of that for a typical commercial reactor. A large fraction of the fission products that are produced during the operation of the reactor, and are of concern for human health, decay away shortly after the reactor is shut down.

Defense in Depth Due to the four barriers in place in U.S. NPWs, it is extremely unlikely that radioactivity would ever be released from the reactor core into the environment. For additional assurance, however, U.S. NPWs have multiple safety systems to prevent problems from happening and expanding. The all-welded primary system is designed with a zero-leakage design criterion that allows NPWs reactor operators to determine quickly if there were even a very small primary coolant leak and take prompt corrective action before it could lead to additional problems.

Further, U.S. NPWs have a failsafe reactor shutdown system, which brings about reactor shutdown very quickly, as well as other multiple reactor safety systems and design features, each of which has back-ups. Among these is a decay heat-removing capability, which depends only on the physical arrangement of the reactor plant and on the nature of water itself (natural convection driven by density differences), not on electrical power, to cool down the core. Also, naval reactors have ready access to an unlimited source of seawater that can, if ultimately necessary, be brought on board for emergency cooling and shielding and would remain on the ship. All reactors on U.S. NPWs are located in robust compartments and have multiple ways of adding water to cool the reactor. These multiple safety systems ensure that, even in the highly unlikely event of multiple failures, naval reactors would not overheat and the fuel structure would not be damaged by heat produced in the reactor core.

Thus, it would require virtually incredible accident conditions, where these safety systems and their back-ups all fail, to cause a release of fission products from the reactor core to the primary coolant. The NPW crew is fully trained and fully capable to respond immediately to any emergency in the ship. Naval operating practices and emergency procedures are well defined and rigorously enforced; and the individuals are both trained for dealing with extraordinary situations and subject to high standards of accountability. Also, the fact that the crew lives in such close proximity to the reactor provides the best and earliest monitoring of even the smallest change in plant status. The operators become very attuned to the way the plant sounds, smells, and feels.

In the extremely unlikely event of a problem on board involving the reactor plant of a U.S. NPW visiting other countries, the U.S. Navy would initiate actions required to respond and could call on other U.S. national response assets if necessary. Because of the rugged design of the reactor plant, multiple safety systems, and fully trained and capable crew, the safety of U.S. NPWs is extremely high. In order for an accident that affects the operation of the ship or the crew to happen, the ship must simultaneously experience numerous unrealistic equipment and operator failures. Even though such an accident scenario is very unrealistic, the U.S. NPWs and their support facilities are required to simulate such situations as they conduct meaningful training on highly unlikely reactor accident scenarios. With such a defense-in-depth approach, even in the highly unlikely event of a problem involving the nuclear reactor of a U.S. NPW, all radioactivity from the fuel would be expected to remain inside the ship.

When a U.S. aircraft carrier is in port for maintenance, are the nuclear reactors powered down?

Typically the reactors will be shutdown whenever the ship is docked in a port that can provide full shore services (electrical power, water, etc). If shore services are not available then one reactor will be shut down, typically whichever has used up more fuel.

The decision is also depends on operational needs. When starting back up from cold iron, the limiting condition is warming up the steam piping. All of that cold steel needs to be warmed up gradually and condensate eliminated from low spots. Warming it up too fast could crack the vessel. The captain probably looks through his orders and if there is any chance they need to leave in under 72 hours they probably keep enough reactors or enough power level to steam up and get out of there.

Generally, for maintenance, a ship will go into a shipyard and the maintenance availability will usually be pre-defined for length and schedule. The reactor will probably be shut down to a cold-iron condition – where the steam plant is allowed to go cold.

Is there still someone on board that will monitor and maintain them?

Docking means you don’t need throttle operators or main engine watches. Shutting down a reactor further reduces manning in the plants. In an operating plant it’s similar, but more like 8–10 watches per box, and some of the shared ones get split out (one for each plant).

The reactor is usually powered down when the ship is in for maintenance. This is so more of the crew can go on liberty as a shutdown watch crew requires less people.

On a maintenance shutdown you can be down to a Watch Officer, Watch Supervisor, Shutdown Reactor Operator, and 1–2 guys in each ‘box’ (machinery space) to keep an eye on things. That is for each plant, then there are a few shared watches, Reactor Technician, Load Dispatcher etc.

Check out Naval Library App to find out the specifications of all nuclear powered vessels.