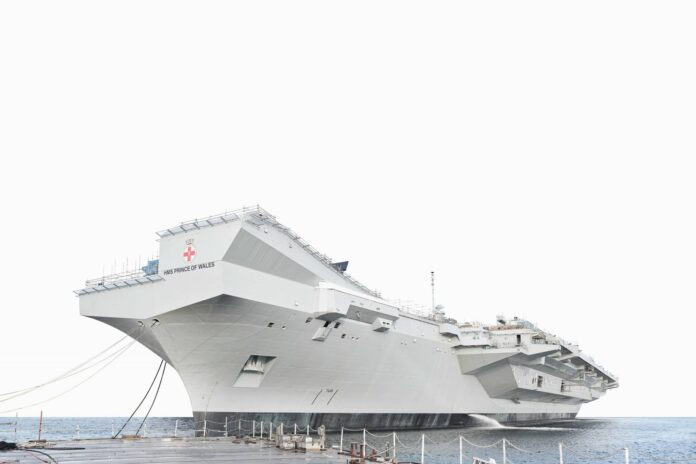 After years of uncertainty, British government says HMS Prince of Wales will go into service with the Royal Navy.

“To ask the Secretary of State for Defence, whether the HMS Prince of Wales will be placed into the service of the Royal Navy.”

Stuart Andrew, the Parliamentary Under-Secretary of State for Defence, replied:

“Yes. HMS PRINCE OF WALES is structurally complete and on current plans will commence contractor sea trials in late 2019. Her first entry to Portsmouth will take place during those sea trials and her commissioning into the Royal Navy will follow their completion. Both of these dates have yet to be determined.”

In 2010, an announcment made by British governmet said that Prince of Wales would be probably sold due to financial concerns. But, as the demands of Royal Navy changes in accordance with global conjuncture, in 2014 during the NATO Summit in Wales, then Prime Minister David Cameron announced that the aircraft carrier would be brought into active service. Although PM made this announcment rumours was rising. Mr.Andrew’s statement seems to end discussions over the new aircraft carrier.