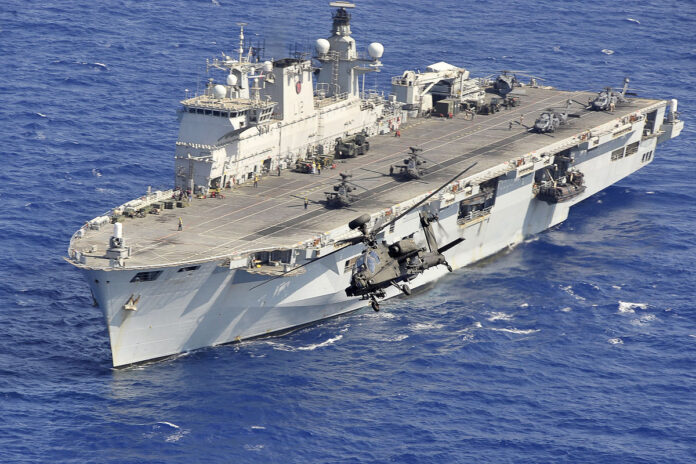 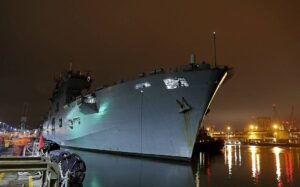 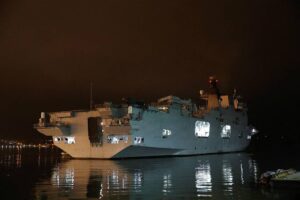 Royal Navy flagship HMS Ocean arrived in Devonport on Dec 19, after today’s forecast of thick fog brought her final operational homecoming forward by a day.
Ocean, which will be decommissioned next year, left Plymouth at the end of August to serve as flagship of NATO’s Standing Maritime Group 2 in the Mediterranean.
The ship was re-tasked and diverted from her NATO duties at the beginning of September to take vital humanitarian aid to British Overseas Territories hit by Hurricane Irma before returning to resume her role as the NATO group flagship and take part in multi-national exercises.
On board during her deployment were Royal Marines from Taunton-based 40 Commando, helicopters from 820, 845 and 847 Naval Air Squadrons based in Culdrose and Yeovilton, and RAF Chinook helicopters.
The crew are now on leave to celebrate Christmas with their loved ones.