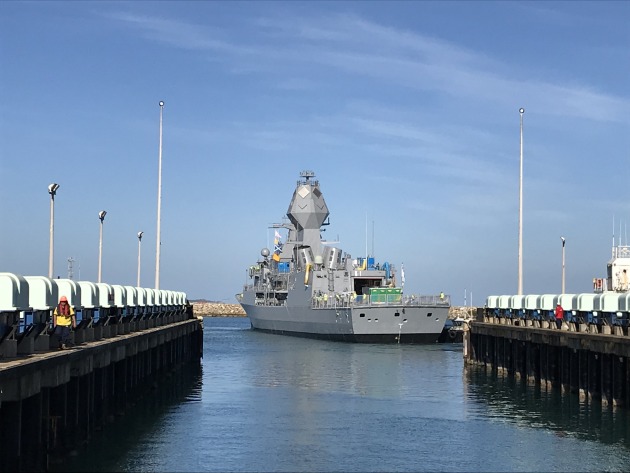 HMAS Arunta, the first of the ANZAC class to receive upgrades, was out of service at last December and carried out stability tests in May 2019. The upgrade, which included replacing Arunta’s AN / SPS-9 long range radar with the new CEA CEAFAR2-L phased-in radar, new IFF and ship communications system upgrade, took 20 months to complete at Henson Yard. which borders the West Fleet Station south of Perth.

The 4th phase of the AMCAP upgrade is a follow-up to the previous phase 2 / 2A / 2B upgrade of Project SEA 1448 Missile Defense (ASMD) completed on all eight ANZAC ships in 2017. Previous phases saw the SAAB battle system upgrade 9LV 453 Mk.3E, the installation of the IRST search and tracking system, the integration of the CEA CEAFAR phase-controlled radar and a dual navigation radar system.

As Arunta is the first ANZAC class to return to the sea after AMCAP, two more ships are currently being upgraded to Henderson with HMAS ANZAC being introduced last December and HMAS Perth early this year. All eight ANZAC vessels are scheduled to have completed the AMCAP upgrade by 2023.

HMAS Arunta (II) is the second of eight Anzac class frigates built by Tenix Defence Systems at Williamstown, Victoria for the Royal Australian Navy. The design is based on the German Meko 200 frigate.

Arunta is fitted with an advanced package of air and surface surveillance radars; omni-directional hull mounted sonar and electronic support systems that interface with the state-of-the-art 9LV453 Mk3E combat data system. The ship can counter simultaneous threats from aircraft, surface vessels and submarines.