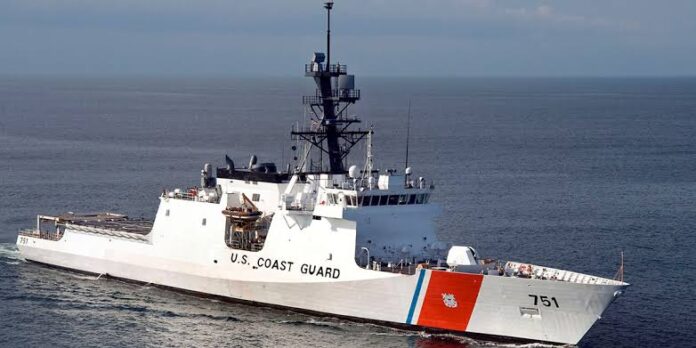 According to the press release of the giant shipbuilder of the U.S., Huntington Ingalls, on 12st November, Shipbuilding division officially started fabrication of the U.S. Coast Guard’s newest Legend-class national security cutter (NSC) Calhoun (WMSL 759). The start of fabrication signifies that the first 100 tons of steel have been cut.

“Each new ship in this class has been an exciting opportunity to build on our legacy,” said Jay Boyd, Ingalls’ NSC program manager. “This is the 10th cutter in the class and a steady production line has allowed our shipbuilders to continually improve on how we build and deliver these technologically advanced cutters to the nation.”

NSC 10 is named for Master Chief Petty Officer Charles L. Calhoun, who was the first Master Chief Petty Officer of the U.S. Coast Guard (MCPOCG). He served in the U.S. Navy for three years during World War II and was honorably discharged on Feb. 21, 1946, as a Torpedoman Second Class. He enlisted in the Coast Guard on Sept. 20, 1946, and over the course of 14 years held varying positions of leadership. He served as the MCPOCG from Aug. 27, 1969 until Aug. 1, 1973.

Ingalls has delivered eight Legend-class NSCs, two more are under construction and one additional is under contract. Stone (WMSL 758), the ninth NSC, is scheduled for delivery in 2020.

NSCs are capable of meeting all maritime security mission needs required of the high-endurance cutter. They include an aft launch and recovery area for two rigid hull inflatable boats and a flight deck to accommodate a range of manned and unmanned rotary wing aircraft. The Legend class is the largest and most technologically advanced class of cutter in the Coast Guard, with robust capabilities for maritime homeland security, law enforcement, marine safety, environmental protection and national defense missions. NSCs play an important role enhancing the Coast Guard’s operational readiness, capacity and effectiveness at a time when the demand for their services has never been greater.

The 127.5 meters cutter designed to deliver better sea keeping capabilities, the NSC is equipped with facilities to launch and recover improved small boats, helicopters and unmanned aerial vehicles at higher sea states. The cutter has an increased sustained transit speed in comparison to current vessels, along with greater endurance and range. 120 crew works on 4500 tonned cutter.

The main gun fitted forward is an MK110 57mm gun. It can fire at a rate of up to 220 rounds a minute for a range of nine miles. Close-in air defence capability is provided with a 20mm close-in weapon system (CIWS).

The 50ft x 80ft flight deck can support the operations of a range of manned and unmanned rotary wing aircraft. It can accommodate an MH-65C or MH-60T and two vertical launch unmanned aerial vehicles, or other combinations. It is also provided with a hangar for aircraft storage.