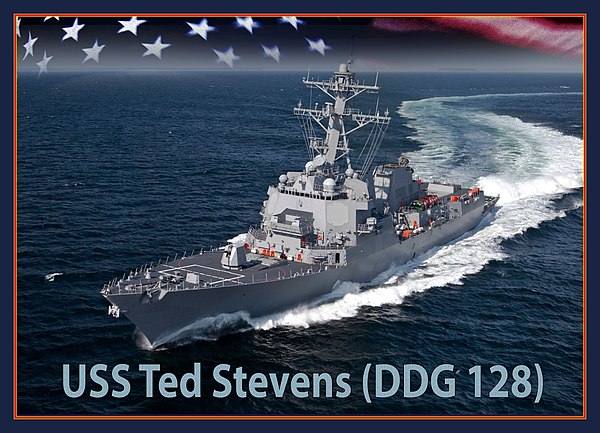 Huntington Ingalls Industries’ Shipbuilding division officially started fabrication of the Arleigh Burke­classdestroyer Ted Stevens (DDG 128) on 6th April, the company has announced. The start of fabrication signifies the first 100 tons of steel have been cut.

“As we begin this important milestone in the construction of another great warship, we look forward to continuing production and carrying on the extraordinary legacy of the Navy destroyer fleet,” Ingalls DDG 51 Program Manager George Nungesser said.

The ship’s name honors former U.S. Sen. Ted Stevens, who served as a pilot in World War II and later as a senator representing Alaska. At the time he left office in 2009, he was the longest-serving Republican U.S. Senator in history.

Arleigh Burke-class destroyers are highly capable, multi-mission ships and can conduct a variety of operations, from peacetime presence and crisis management to sea control and power projection, all in support of the United States’ military strategy. The guided-missile destroyers are capable of simultaneously fighting air, surface and subsurface battles. The ship contains myriad offensive and defensive weapons designed to support maritime defense needs well into the 21st century.