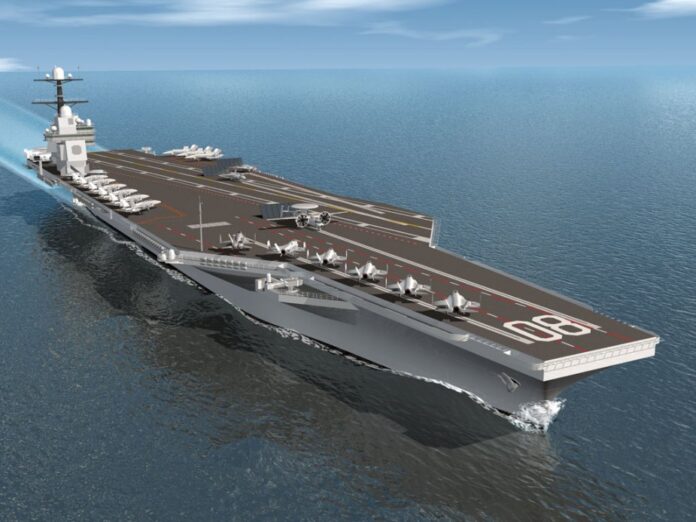 For the first time in more than three decades, Huntington Ingalls Industries’ (NYSE:HII) Newport News Shipbuilding division was awarded a multi-ship contract from the U.S. Navy to build two aircraft carriers. The company announced today that it received a contract modification valued at $15.2 billion for the detail design and construction of the Gerald R. Ford-class aircraft carriers Enterprise (CVN 80) and CVN 81, which has not yet been named.

These 2 new Gerald R. Ford class carriers will include several modifications to meet emerging threats, such as the F-35C Lightning II, MK 38 gun systems, MQ-25 Stingray UAS, etc. All these modifications represent $US 100 million savings, in addition to the $US 4 billion already saved, for the Navy and increase the fire power of the carrier.

The construction of Enterprise, which began in 2017, and CVN 81 will be completed at the company’s Newport News Shipbuilding division. The ships are scheduled to be delivered in 2028 and 2032, respectively.